Proceedings of the conference: “Political Transformation, Stakes and Prospects”

The fifth anniversary of the passing of Imam Abdessalam Yassine is celebrated Saturday 16th December 2017 in the headquarters of the Justice and Spirituality Movement in Sale, Morocco. This year’s anniversary is commemorated under the heading: “Political transformation, stakes and prospects”. The opening conference was animated by four guest speakers; namely, Abdullah El Hurrif, the vice national secretary of the Democratic Path Party, Morocco, Ali Anuzla, a renowned Moroccan journalist, Anouar El Jamaoui, a Tunisian researcher in Islamist affairs and dialogue of religions and civilizations, and Aman Jaroud, researcher in political science and the person in charge of women affairs in the Justice and Spirituality Movement.

The current state of affairs

All guest speakers generally agreed in their descriptions of the political landscape in the Arab-Islamic world after the first wave of what is known in the media as Arab Spring revolutions. They noted that almost all these revolutions have been aborted. The military has taken over in Egypt after the fall of Mubarak Regime. The Libyan revolution has led to a divided country after the anti-revolution Khalifa Hafter, backed by foreign governments, militarily opposed the democratically elected government. The anti-revolution forces, especially the pro-Saleh deep state in Yemen joined forces with the pro-Iran Huthi movement to hijack the Yemeni youth revolution and pave the way for a devastating Saudi-led military war on the country. Russia, Iran and its Chiit wings in the region have spearheaded shielding the Assad regime in Syria against the Syrians calling for freedom and justice. The conference speakers pointed out that only Tunisians have achieved a ‘half-revolution’ and have so far managed their inner differences away from military conflict. The speakers highlighted that this was thanks to the impartial role of the military and the decisive stance of the Tunisian General Labor Union in favor of the revolution.

Furthermore, all speakers expressed their firm belief that the upheavals which have affected different Arab countries were nothing but an opening chapter of a larger scale sociopolitical transformation. However, they differently approached the question of how to bring about substantial transformation while maintaining social stability and safeguarding the state from total devastation.

Ali Anuzla maintained that changing tyranny depends basically upon dismantling the network of interests and institutions through which it builds its power. Aman Jaroud added that totalitarian regimes also derive their power mainly from the division of the local pro-change forces on the one hand and also from the strategic support of foreign governments. 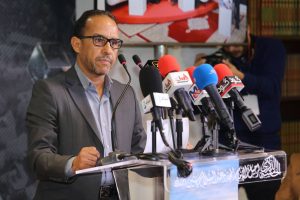 Jaroud insisted that anti-dictatorship forces need to take dialogue from the current foundational stage to a contract stage where they need to set common goals and more importantly agree on plans of action to accomplish them. In the same breath, she insisted that all parties need to distinguish between the regime and the nation so that people’s uprising against a ruling system would not degenerate into a destructive power against all institutions of their nation which must survive through all power transition. 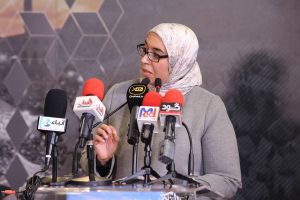 El Hurrif, who is one of the leaders of a far-left hardline political party that declares categorical opposition to any religion based ideologies, maintains that the situation is highly favorable for dialogue and mutual work against tyranny. He cited two main indicators that the calls for substantial change are gaining momentum in Morocco: the first is what he calls the retreat of the fear obstacle among people and the second is the conspicuously dwindling confidence of citizens in state institutions mainly gauged by the miniscule percentage of voters in all sorts of elections nationwide. El Hurrif on the other hand stipulates that national dialogue for building a joint front against tyranny must incorporate only anti-tyranny forces and must span alongside leaders also the grassroots layers of all parties and organizations. 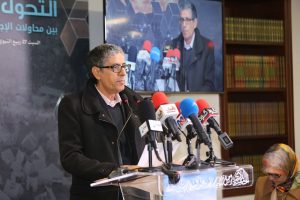 In attempt to clear out all misconceptions about how Justice and Spirituality Islamists approach their potential political participation in the post-political transformation period, she emphasized that Islamists’ engagement in government must be controlled by a politically not religiously right/wrong duality. El Jamaoui, from Tunisia, concluded by maintaining that when it comes to evaluating the Arab Spring aftermath, he is not a fan of monochromatic value judgments. Conversely, he opts for a more objective perspective which pinpoints what has been achieved and sets out to make up for all deficiencies. 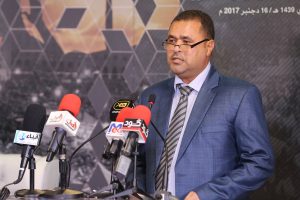