The Newly Elected Leader of the Movement 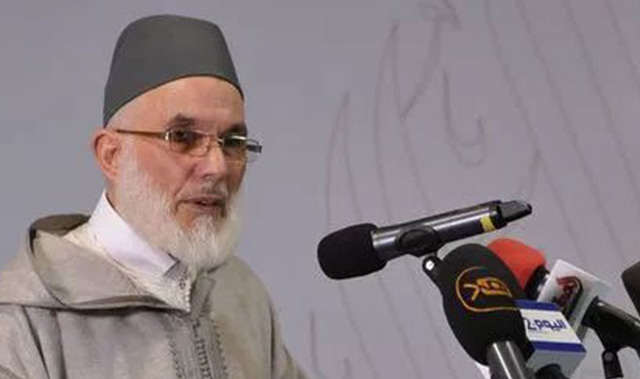 In the name of God, the Most-Gracious, The Most-Merciful.

Peace and blessings upon our Master Muhammad, his Family, his Companions and his Brothers.

Praise be to God on what He gives and for what He takes, to Whom everything belong and to whom everything return; and prayers be upon the emissary He sent with the message of Mercy for all creatures.

The Consultative Council of the Movement Al Adl Wal Iḥsān held a special session on the 7-8-9 Ṣafar 1434/ 21-22-23 December 2012, in Salé, under the slogan « Session of Determination and Fidelity », to elect the first in charge of the Movement Al Adl Wal Iḥsān. This comes after the grievous passing of the Guide and Founder of the Movement Al Adl Wal Iḥsān, the eminent scholar, and the reforming Imam Mr. Abdessalam Yassine, who dedicated his entire life to calling people to God and serving the ummah of the Messenger of God –may God bless him and grant him peace- with humility and abnegation. He spent the best part of his life educating, edifying and guiding so that men can break free from their shackles and head for the summit braving the obstacles that block their way towards transcendence, proper worship of their creator, but also towards liberty and dignity.

The spiritual educational path as well as the transparent political line that Al-Murshid chose to follow has caused him a series of restrictions and afflictions which lasted for decades , not to mention the uppermost of all injustices inflicted on him which consisted in the censuring of his thought and the noble values he was advocating.

Thus the Consultative Council of the Movement Al Adl Wal Iḥsān held its special session, in a solemn atmosphere of remembrance of God, invocation, Qur’ān recitation and prayers that God endow whatever decision the members reach with soundness and success.

1- Expresses its heartfelt condolences to the close as well as the extended family of the Murshid- may God Bless his noble soul-, to the Moroccan people and to all the Muslim ummah for this loss; while supplicating the All-Powerful to shower on him his generosity and to grant his family, his followers and all those who love him endurance and solace.

2- Expresses its pleasure with the massive and imposing participation of the members, sympathizers, noble consciences who flocked from all around Morocco and the world to attend the funerals of the deceased.

3- Addresses special thanks to all the personalities and organizations, in Morocco as well as abroad, who supported us in these tough times.

8- Reiterates our loyal championing of a collective approach as key to changing the declining state of our nation and calls on all the concerned and sincere players in this beloved country to join forces to build a new Morocco of dignity, freedom, justice, free elections, accountability of leaders, alternation and separation of powers.

9- Calls on all active forces to open a debate and a responsible social dialog and to use the occasion of the Arab Spring that God bestowed on this ummah to sketch a roadmap against despotism and corruption, and to build the Morocco of dignity, liberty and justice to which aspires our valiant Moroccan people.

10- Announces its support for the Syrian people in its ordeal and its revolution and implores the All-Powerful to assist them so that they can live free, dignified, united and finally rid of all forms of oppression, injustice and despotism.

11- Condemns the process of judaization of Al-Quds, greets Gaza, the unwavering, and calls for a speedy unification of the Palestinian brothers to regain the lost rights of this noble people.

Finally, we pray to the All-Merciful to bestow his Mercy on the beloved deceased and to grant our ummah and all oppressed peoples freedom from despotism, oppression and injustice.