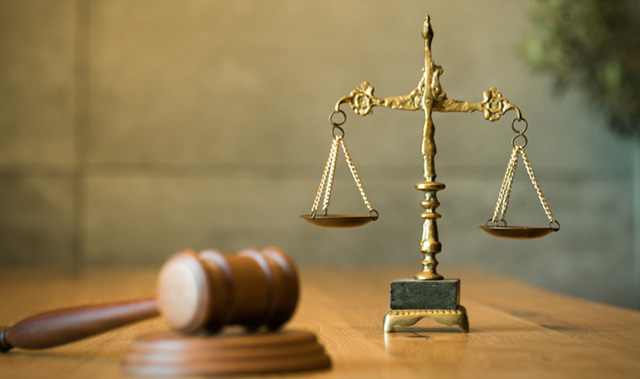 The following is an excerpt from the book “The Muslim Mind on Trial” by Imam Abdessalam Yassine, translated from Arabic by Muhtar Holland. It is about God’s Custom In History.

Let not the fascination of jâhilîya civilization delude you, for its foun­dations are gradually moth-eaten. The effect of the rot will become apparent with the passing of time, year after year, and decadence after decadence. After whatever God will, God’s Custom in dealing with His servants and His creation will be proclaimed to their iniquitous civiliza­tion, as in the Qur’anic verse:

Those are their dwellings, empty and in ruins, because they did wrong. Surely therein is a sign for a people who know. (Q. 27:52)

That verse was revealed concerning Thamud, the people of Salih (God bless him and give him peace). They had a civilization, gardens, wells, farms, structures, houses and liveliness. Yet they were ungrateful for God’s bounties and acted wrongfully. They did not believe their Mes­senger, and that is the most terrible wrongdoing. God (Exalted is He) said about them:

So they plotted a plot; and We plotted a plot, while they did not per­ceive. Then see the nature of the consequence of their plotting, for We destroyed them and their people. (Q. 27:50, 51)

He (Exalted is He) also said about those who believed in His Messenger Salih (Peace and prayer be upon him):

And We saved those who believed and used to practice true devotion. (Q. 27:53)

In dealing with the unbelievers, His cunning device was to let them enjoy themselves for a while, leaving them to wallow in their sins and providing them with wealth and progeny. Then He seized them with His mighty grasp (Exalted is He).

Such is His Custom (Exalted is He): He causes the days to rotate among people, He establishes the proof against the sinful wrongdoers who turn away from their Lord, then He destroys them. He said (Glori­ous is He):

How many a township have We destroyed while it was sinful, so that it lies in ruins, and a deserted well and lofty tower. (Q. 22:45)

Such are signs for people who know and practice true devotion! Knowledge includes awareness of His Custom (Exalted is He), while true devotion includes repentance to Him (Glory be to Him) and re­turning to His Custom and the Method of His Prophet, as well as gath­ering the strength to receive His Mercy, which says:

The earth shall be the inheritance of My righteous servants. (Q. 21:105)

From behind their stockpile, we glimpse the manifestation of God’s Custom in cunning, indulgence and testing, as clearly expressed in His saying (Exalted is He):

Then, after finding right guidance in God’s Custom as conveyed by Revelation, we contemplate God’s treatment of His servants as con­veyed by Fate.

The floor of this unjust civilization—guilty of injustice in every sense, especially the monstrous injustice of unbelief—is fissured. Its walls are rotten. Its philosophical foundation is flimsy, trivial and bestial. Its struc­ture is cracked. The tidiness of the streets of Geneva and Paris conceals the filthiness of morality and the cancer of libertinism.

The sweepings of this wasteful, extravagant civilization spread the plague of pollution, especially in the underdeveloped regions.

Its cultural, artistic, cynical, naked, dancing, crazy sweepings cover the globe through their televised broadcasting, which kills humanity in the human being.

The inheritors are knocking at the door. Once the Muslims are qualified to inherit the earth, God’s Custom is an unbroken promise and the conditions of qualification are well known.

That may be in a century or two, or less or more than that. Maybe when God (Almighty and Glorious is He) will have revolved power on earth between two or more jâhilîya poles. Maybe after the turn of Ja­pan, Europe, China, and what God alone knows.

Or God may employ Japan, China, America, France, Germany, or any of the people of the time He wishes, to convey the Message of Islam after they have received it from us. The Tartars, who pillaged Baghdad and stacked the skulls of the scholars in heaps, were no less barbaric and destructive than the burners of Baghdad and the deserters of Bosnia in our own age. The Tartars then embraced Islam and became one of its strongest guardians. Islamic expansion and guidance have already be­gun among individual members of those peoples. The mission will be­come a serious and general matter whenever God will, when the mis­sionary is prepared and has learned the skill of weaving before he enters the weavers’ clubhouse. Those who are clothed do not hear the speech of the naked.