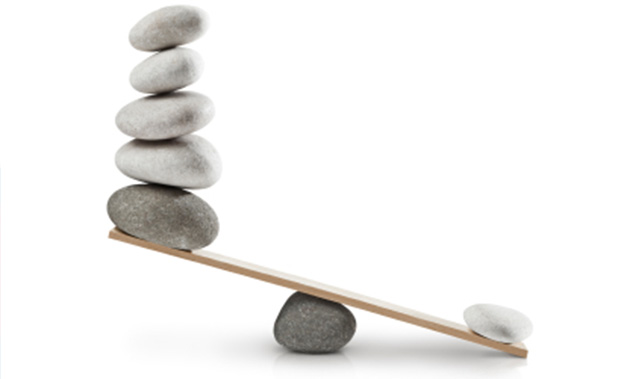 Our kind of “democracy” is called shûra.(1)TN: Shûra “advice, counsel, consultation, deliberation, suggestion.” What wouldn’t one do to make oneself understood by a French-speaker with no other point of reference than his Western culture, closed to every idea, every word that has other roots? What wouldn’t one do to get one’s meaning across to minds that are mystified and alienated by a secularist culture gulped down willing or forcibly and assimilated to the point of becoming in itself the basis of some people’s cultural metabolism? For such persons, any idea, any notion that departs from the secularist syllabus is the ramblings of a deranged brain.

Shûra, then, is “our democracy” while awaiting a fuller explanation— while waiting, ultimately, for experience to demonstrate the inanity of aborted attempts to acclimatize secularist Western democracy in an environment characterized by faith. What wouldn’t one do to demystify the Westernization cunningly undertaken by encroaching secularist modernity?

On an etymological level, the terms democracy and shûra already manifest their radical difference. The two Greek roots demos and kratos mean “people” and “power” respectively; thus democracy etymologically signifies “the power of the people,” the sovereign capacity of the people’s elected representatives to legislate in their name, without reference to any superior authority. “Shûra,” on the other hand, is the Arabic word used in the Qur’an to connote “consultation,” the work of interpretation, adaptation, and understanding to put into practice the revealed Law which men have no right to change.

Shûra and democracy belong to radically different reference points; the historical itinerary of democracy, a Greek word and practice, is utterly other than that ofshûra. The first begins at pagan Athens and ends in “advanced” modern societies as a secularist practice, atheistic and immoral, while the second has its beginning at pious Medina and remained a dead letter for nearly fourteen centuries. Today it is both a vital need for Muslims and a divine system that forms a part of our Islamist plan. It remains to be put back into practice by means of a process yet to be found or borrowed from the wisdom of the people.

To put shûra into practice, the Muslim people who have to this point been resigned and obliged to consume the products of others—including cultural products—must break the yoke of docile vassalage to imported modern norms in order to embrace the normative principles of Islamic Law.

The burden of a long history of dictatorship, like the oppression under which Muslims suffer today, weighs heavily on their consciences and the political and social aspects of their daily lives. The dictatorship has had varied forms, from hereditary caliphates to more recent “progressive” regimes. Oppression today is exercised in the name of some cosmetic democracy that the secularist political microcosm succeeds in commercializing despite the carnival of electoral campaigns. Such carnivals repeated, along with lying claims of superiority, have done much to reveal to the people the hideous face of the Big Lie. The people have already begun to decipher with ease the hypocritical game of a political class that has lost all credibility, a game taken up or suspended at will at each constitutional mini-reform.

No one dares question such granted “democracy.” The lower classes, overwhelmed as they are by illiteracy and misery, submit in silence; the civil society asks no further accountancy from “democratization” than the matter of paying its bills. One is anxious to see the end of a transition that keeps a democratic Eden shining.

As for the Islamists, they face serious challenges in getting secularist democrats to understand that the democratic rules of the game that have been imposed on Muslim peoples will never take root so long as they are at odds with the Qur’anic law. How can we explain to the secularists right among us—and “Muslims all”—that Western democracy cannot be grasped apart from the historical path that gave rise to it and developed it? In which language shall we explain to them that shûra, kept turned down low until now, cannot be removed from its Qur’anic context?

In the Sûrah called Shûra, the political cannot be disassociated from the social, which is an integral part of the religious, hence secularist embarrassment in wanting the domain of power and its organization to be separated from religious concerns. Just as a mind formed in a secular school is amazed at Islam’s “mixing” of the two spheres, we are amazed at the oddness of separating private from public life and the mosque from parliament.

In the Qur’anic context of shûra, the organic division of personal, social, and political duties and virtues, interdependent and indissociable, mutually supporting, is much in evidence:

However important the gift you have received, it is merely an enjoyment of the life here below. What awaits you in God’s presence is better and more lasting if you are of the number of those who are faithful to their Lord and return to Him (trusting in Him). Those who avoid committing grievous sins and infamies, who forgive even in their anger. Those who answer their Lord, offer their prayer, submit their affairs to mutual consultation [shûra], put (the goods) We allot them to good use. Those who, when injustice is meted them, reply and defend themselves.(2)Sûrah 42 [Ash-Shûra]: verses 36–39.

“Mutual consultation” is inserted among nine virtues and duties that characterize the thought, feelings, and behavior of the perfected faithful and those of the community of the faithful. Faithfulness to God is inseparable from obedience to His commands; abstaining from evil is the corollary of toleration and pardon. God’s call is heard five times a day in the voice of the muezzin, and the diligent response of the faithful directing themselves to the mosque is a virtuous duty situated along the plane of shûra, giving, and good stewardship in the attentiveness of the faithful jealous of their rights and ever ready to withstand and protect themselves against injustices.

Everything holds together; shûra cannot be taken out of its moral and spiritual context.

Modern democracy loves to be moralized; it has a great need to be preached to, and some of its best sons and daughters do so. This is because modern democracy since its birth has had no moral underpinning, no absolute truth. It was inevitable that the tender stalk would one day contract a parasite and wither away.

Transplanted in a foreign soil such as our societies, where it has been found since the beginning of the clash between two cultures, democracy refuses to take root—and nothing will make it do so, neither the ceremoniously signed “code of honor” nor the hasty reforms and constitutions whose editing is the province of Western theorists. The imported fertilizer has proved powerless to make democracy healthy and palatable in an environment that pays only lip service to it, like a good slogan for periodic consumption during limited terms. As such it is one of many hollow words coined to conceal reality.

By transposing democracy in space and time, and by trying to draw parallels between democracy and shûra, the only thing that has happened is the attempted smuggling of an exotic bird that is destined for certain death in a climate different from its own. The anachronism and climatic estrangement to which shûra has been subjected to by comparing it with modern democracy are certain means for exilingshûra to some ghetto of confusion and ambiguity in order to enthrone a subterfuge of democracy while democratic procedures might have been a school of apprenticeship instead.

Democracy could have been a school of apprenticeship if it were only a procedure—if it were not, with secularism, two sides of the same coin.