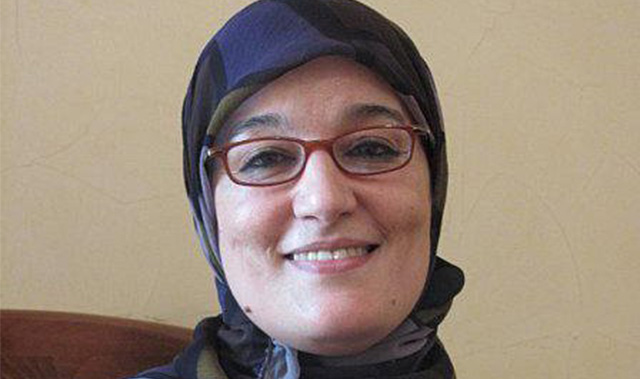 The Message fashioned a generation of women among whom Aisha (God bless her) is the symbol par excellence, a generation of responsible and free women. Islam educated magnificent women who knew their rights as well as their obligations, and who perfectly understood their roles in establishing that society of confidence. With admirable force, they took hold of God’s gift to them of their humanity, at last recognized, and their dignity.

It is also interesting to note that if Paradise was expressly promised by God’s Envoy (grace and peace be upon him) to ten men of his entourage, it was promised to twenty women. If we know what such promise represents in the eyes of a society that defines itself above all as being turned towards the Ultimate Life, the status of the woman takes all the more significance.

Aisha, this personification of islam par excellence, left (and will eternally leave) an indelible mark on our memory. If the Companions vowed her particular respect, it was no doubt because the Prophet (grace and peace be upon him) vouchsafed her singular love. Yet that was not the sole reason for their admiration. Aisha had exceptional personality and intelligence. With legendary precociousness she had been initiated by her father into the Arab genealogy and was ranked among the scholars of Arabic language and literature. A great number of hadiths were memorized and transmitted by her to the Companions, who readily came to consult her about the most delicate theological questions.

Since the family is a determining factor in the development of personality, we understand how privileged Aisha’s relationship with her parents was. Her birth within one of the rare Muslim families completely supportive of islam enabled her to grow up in an atmosphere where woman was no longer the plaything of the sexist and chauvinistic man. Abu Bakr, her venerated father (God bless him), was reputed for his gentle nature, very close to the fitra, and for his absolute confidence in the first statements of the Prophet (grace and peace be upon him). Surely he was as-Siddīq—a kind of superlative that may be translated “extremely confident.” Indeed, he was the Companion par excellence, recognized as such in the Qur’ān account of his accompanying the Messenger during his flight from Mecca.

As-Siddīq, confident in the teachings of Muhammad (grace and peace be upon him), unhesitatingly repudiated forever the typically Arab view of the daughter as a curse. The love he had for his daughter Aisha was touching.

It is reported that one day, as Aisha kept him company, he spoke of ‘Omar bnu al-Khaṭṭāb, saying, “There is no one on earth I love more than Omar.” As Aisha had doubtless gestured disapproval, he corrected himself exclaiming, “What have I said?” Keen as was her wont, Aisha hastened to repeat his statement. He quickly corrected himself to prove the love he felt for her. “I meant to say, more agreeable to me than Omar, my children, closest to my heart.” (2)Akhbār Omar (1989).

This kindness of a father for his daughter is striking proof of saintliness in an Arabia of rough and steely ways often fatal to women. Abu Bakr was the worthy disciple of the Prophet (grace and peace be upon him) who used to manifest in public his great love for his daughters, notably Fatima (God bless her). He would stand up to offer her his seat, approach her all smiles, and kiss her on the hand or forehead.

In those days the Prophet was inaugurating a new era for woman, the era of the Message that denounces the inequitable practices suffered by the oppressed of the system, be they slaves or women. We are told in the Qur’ān: When news is brought to one of them, of (the birth of ) a female child, his face darkens, and he is filled with inward grief! With shame does he hide himself from his people, because of the bad news he has had! Shall he retain it on (sufferance and) contempt, or bury it in the dust? Ah! what an evil (choice) they decide on! (3)Qur’ān: S. XVI. 58.

Another verse, mentioning the Day of the Last Judgment, says: When the female (infant), buried alive, is questioned—for what crime she was killed . . .(Then) shall each soul know what it has put forward. (4)Qur’ān: S. LXXXI. 8–9, 14.

Thus owing to the Qur’ān and the practical teaching of the Prophet (grace and peace be upon him) in his sunna, the community gradually developed a new concept of the role of woman by regarding her as the equal of man in the sight of God and His Messenger (grace and peace be upon him). The specificity of her status distinguished her only to the extent that her function in the family and society assigns to her duties that differ from those of the man; this in no way presupposes a difference in essence or dignity.

The momentum initiated by the women of the Prophet’s lifetime would continue into the advent of the Caliphate. History portrays levelheaded, kindhearted women taking over from the generation of the saḥābiyāt (female com pan ions). Among second-generation women, tābi‘iyāt (5)Tabiî and tabiya refer respectively to the man and woman belonging to the second generation of islam. , stand countless women of outstanding personality competing with men in the realm of knowledge and active participants in the life of the community. The history of the Muslims is studded with the luminous names of women who in their wake left generations of women to come a glimmer of hope and evident proof of the esteem islam has for them: Aisha bint Talḥa, Fāṭima bint Sirīn, Sukayna bint al-Ḥusayn, Rābi‘a al-‘Adawiya, and many others. These perfect women took active part in the life of their community; they have made their mark on the history of the liberation of woman initiated by the Prophet (grace and peace be upon him), a liberation that reconciled her with God, her faith and her role as builder of the future.