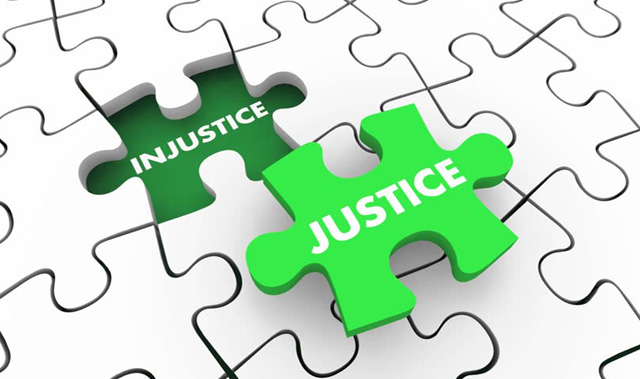 A nation that is less sure of itself, teetering on its foundations, and bogged down in contradictions, cannot undertake decisive fights. It can only be saved by collective volunteerism and the mobilization of all its forces to face the unleashed forces of the global market. An Islamic mobilization of all our forces is our last resort, the last plot where we may be able to reorganize our defense and undertake a way out of the trap of the moneyed International led by an arrogant America that is not about to lessen its strangle-hold.

The economic trap we have fallen into, and the social Darwinism which is for us its bitter fruit, threaten and will continue to threaten our life, not only in terms of a social peace that is precarious enough, but also in terms of our very survival as a nation. Still, we were not born yesterday; our weakness is not congenital—as a thousand-year history makes clear. The divine rule of the “rotation of days” and the logical nature of things will not make an exception in our case.

So long as we transgress Qur’anic Law by breaking the divine laws that direct the progression of humanity, we will remain the class dunce, no-accounts in the fierce competition that no longer hides capitalism’s “attractive face.” Our sickness presents itself in the symptoms of underdevelopment, the poor distribution of goods and services, injustice of all kinds, and generalized corruption coolly claimed as a mode of governing.

These symptoms, extremely serious as they are, should not conceal the source of the illness. Little tricks—a constitutional mini-reform here, a little electoral law there, no sooner enacted than betrayed—is not going to be able to rescue us from the abyss. Our illness is curable only if we strike at the virus in ourselves; only then will the symptoms disappear. There is a way of climbing out of the abyss, provided we know how to neutralize the forces that drag us back down. Our cure and our escape depend on the trust we shall be able to place in God and in our values.

In a hundred-meter race, what chances would a one-legged runner have, jumping on a wooden leg? Our worm-eaten wooden leg is the system of secular laws that the managers of our societies are the first to break. Gangrene attacks the entire body: the selfish values of the secular skeptics at the head of our institutions and the imported laws with no base in faith are the double ruination of our societies.

A return to God, a covenant among the members of our societies by which God would be both their Witness and Guarantor, will permit moral and social virtues long devalued and out of circulation to break forth and become widespread today: integrity, solidarity, confidence, honesty, work well done, the given word, justice.

Justice and the rights guaranteed to everyone are the two conditions of social stability in the state of law. The community of faith must guarantee the vital minimum of fairness so that no one is harmed, and that all might take part in the common effort, assured of their security. The injustices wrought upon us from without are but the just punishment for the injustices we wrought on ourselves.

Only faith in God and respect for His Law, which is its solemn imperative, can reawaken our will and affirm our steps. Faith in God (may His Name be glorified!) is inseparable from respect for His Law. These two sacred links, which education and frequent mosque attendance will reinstate, will reunite our ranks in rediscovered confidence and solidarity. Confidence in God and in His Promise will back our efforts and guide our steps. Sure of our Guarantor and reconciled among ourselves, we will be prevented by God’s Word from recoiling and beating a retreat before the great scourges of modernism such as globalization.

We read God’s Promise in the Sûrah called “Light”:

To those among you who have faith and do effective good work, God has promised that He will make of you His lieutenants on earth, as He made of their forebears; that He will confirm the faith he has bestowed on them; that he will replace their fear with assurance of security, so long as they worship Me without associating Me with other divinities. After (this promise) those who aver their unbelief will be villainous.(1)Surah 24 [An-Nûr]: verse 55.

Thus it is a question of faith, of faithfulness to the One and Only, of worship, of fear dispelled, of assurance and security. The Promise is conditional; the condition is clear.

Still more explicit are the considerations accorded to the faithful attached to God by their oath of fidelity, and for whom justice is the first clause of their oath. The Sûrah called “The Bee” calls for the order and determination of a perfected moral society in which the worship required of the faithful is an integral part. The secularism that wants to separate the social sphere from any contact with religion could not better be given the lie than by these two verses:

God ordains justice, good work, and generosity toward kinfolk; He proscribes baseness, reprehensible acts, and excess. He exhorts and counsels you so that you might reflect. Be faithful to the covenant you have made with God; do not violate your oaths after having solemnly sworn them and having called upon God to witness your good faith. God knows your actions.(2)Surah 16 [An-Nahl]: verses 90–91.

Strengthened by our solemnly contracted covenant, and with God as Witness and Guarantor, we will be able to apply ourselves to the difficult task of righting the wrongs of a significant part of the people. Establishing a new constitution enacted by an elected assembly and reshuffling existing institutions with a sense of greater probity, integrity, and justice, will allow a new dynamic to get started and will deal with questions of culture, society, political and economic order, and civilization, so long pending.

Nothing solid can be built on the void of an overhang. So long as we persist in importing wholesale the notions and values of others, we will never be anything but their pale copies, without soul or substance.