Why a Spiritual Teacher? 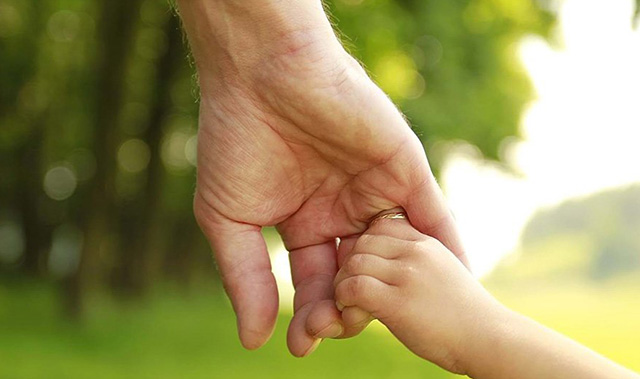 Companionship takes center stage in the teachings of Imam Yassine. The due importance he grants to the issue of companionship springs from the Qur’ānic and prophetic exhortations to the believer to seek a companion who would help him with his din. Because faith is always prone to be weakened or even extinguished by the corrosive pressures of the worldly temptations, God the Almighty orders us to seek the company of the righteous and the honest, (O ye who believe! Fear Allah and be with those who are true (in word and deed) [At-Tawbah: 119]. The critical significance of companionship in God’s sake is also stressed by the Messenger of God [peace and blessings be upon him] who asserts in warning tones in a hadith narrated by Tirmithi on the authority of Abu Hurairah: “A person is likely to follow the faith of his companion, so look whom you befriend.”

In Imam Yassine’s thought, companionship constitutes the first building block in his conception of the prophetic method; that is why he places it together with “community” right at the top of the ten major virtues which subsume the affluents of faith. Because people are not similar neither in the strength of their faith nor in their will to approach their Creator, the believer should be keen on accompanying righteous servants whose hearts God enlightened, and on whom He bestowed His graces; Imam Abdul Qadir Jilani‎ [may Allah be pleased with him] used to say: “To have a heart, keep company of those with hearts. You need a wise Sheikh who abides by the commandments of God the Almighty to teach you, advise you and help you control your self.”(1)Abdul Qadir Jilani, Al-Fath ar-Rabbani (The Sublime revelation), p. 330. To be sure, the company of those who do not only love God, but are also loved by Him is indispensable for the believer who looks forward to perfect his din, and move up the triadic ladders of Islam, Iman and Ihsan which the prophet describes in the famous hadith of Gabriel, God’s peace and blessings be upon them both. Accordingly, a man who inspires people and triggers the flames of faith in their hearts by his state before his speech is a true ally of God, and is surely one of those whom God praises in His Book when He says: (Verily, the allies of God surely will have no fear coming on them, nor will they grieve) [10:62]. By dint of his expertise of the diseases which inflict the hearts, and of his knowledge of those discreet distractions which divert the believer from approaching his Creator, the spiritual teacher is a lordly educator [rabbani] who guides the believer quite safely all through the way to his Creator in accordance with the Qur’an and the prophet’s teachings [peace and blessings be upon him].

Throughout the Islamic history, it is striking for instance how many scholars who were well-versed in the Islamic jurisprudence, exegesis and other fields of Islamic knowledge sought the companionship of righteous men whom God the Almighty endows with enlightened hearts. Perhaps one outstanding example is that of Imam Al-Ghazali (1058–1111 C.E.), dubbed the Proof of Islam, who quitted, after a deep spiritual crisis, his prestigious and much craved post as a rector in the Niddamiya University in Baghdad to keep company of a Sheikh who taught him what it is truly to love and be loved by God the Almighty. Imam Al-Ghazali who documents his experience in his well-known book Deliverance from Error, was not the only one to have gone through this experience; many other great scholars did: Al-Qastalani, Assuyuti and Imam Yassine himself to name but a few. Here is a further testimony which relates a personal experience the well-known scholar Mohammed Abdu (1849-1905) had with a spiritual Sheikh in his youth: “At their first contact, he asked his Sheikh: “What is your path?” “Our way is that of Islam”, he replied. He asked the Sheikh further after having sensed in his company a comfort and tranquility which he had never felt before: “What litanies do you recite in your retreats or after prayers?” The Sheikh replied: “no specific litany except the Qur’an; after prayers, we regularly read, with understanding and reflection, some parts from the Qur’an.” Then, Abdu said: “but how can I understand the Qur’an if I had not learned anything before?” The Sheikh said: “I shall read with you, and when you retreat to yourself remember God and mention His name.” Mohammed Abdu said: “I did what the Sheikh said, and no sooner had a few days elapsed that I started to perceive myself flying in another world other than the one which I was used to. What had been tight expanded, and what had seemed to me invaluable in this worldly life became of little value in my eyes. And all the anxieties which I used to have dispersed giving way to the sole concern of acquiring perfect knowledge, and purifying myself. My sole guide was that Sheikh who got me out of the prison of ignorance to the space of knowledge, and from the limitations of tradition to the vastness of monotheism. . . . This is the impact which the love of one of my relatives, Sheikh Mohammed Darwish had on me. . . . He was the key to my happiness if I had ever had one in this life. . . . He restored to me what was concealed from my instincts, and disclosed to me the secrets which God planted in the fitra.”(2)Quoted from: Monir Erragragui, “Assuhba Miftah” (“Companionship is a Key”), www.aljamaa.com.

In his book The Prophetic Method, Imam Yassine says: “The first thing with which God the Almighty benefits the true believer who is earnest in his quest for his Lord is a company of a honest man- an ally of God and a guide to Him- whose love God throws in his heart. And whenever the companion is truly an ally of God, and the seeker is honest and true in his quest for God’s face, the fruit of companionship is disclosed.”(3)Abdessalam Yassine, The Prophetic Method, p.123-124.

Now that we know the value of the spiritual teacher and the fruits of companionship, one could still ask, “but how and where would I find one, and how should I know if he is really an ally of God and a guide to Him?” It goes without saying that the spiritual teacher should be someone who is on the heels of the Messenger of God [peace and blessings be upon him], that is someone who abides by the teachings of the Quran and the prophetic tradition. As to how to find a teacher who will help you in the process of purifying your heart and soul, Abdul Qadir Jilani, one of the greatest physicians of the hearts himself, has the answer if we could only listen to his precious advice: “If you want to accompany somebody for God’s sake, make your ablution when the wills are quiet and the eyes are shut, and turn to prayer. You open the door of prayer with ablution, and the door of your Lord with your prayer. After your prayer, ask Him: who should I accompany? Who is the guide? Who informs about You? Who is the singular? Who is the deputy? He is so generous that He will not disappoint you. He will undoubtedly inspire your heart and reveal what you are looking for to your soul. He will open the doors and light up the road for you. . . . If all the destinations united at your heart, and someone is signaled to you, then be determined and go to him.(4)Abdul Qadir Jilani, Al-Fath ar-Rabbani (The Sublime revelation), p. 330.