The True Worth of a Civilization 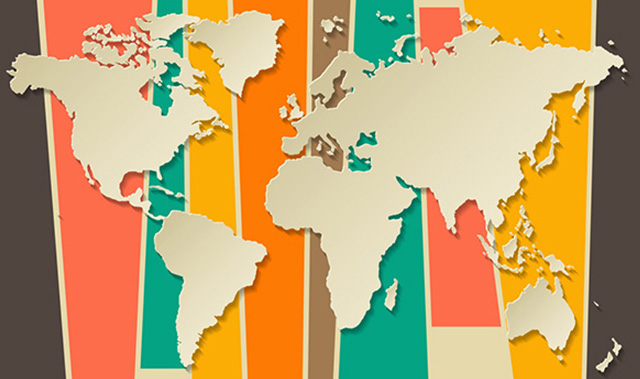 I seek refuge with God from the Evil One. In the Name of God, Most Gracious, Most Merciful, “Praise be to God, the Cherisher and Sustainer of all creatures, Most Gracious, Most Merciful, Master of the Day of Judgment, You (alone) we worship and You (alone) we ask for help. Show us the straight way, the way of those on whom You have bestowed Your Grace, those whose (portion) is not wrath and who go not astray.” Amen!

In the next few days, we’ll be celebrating the noble birthday of our beloved Prophet Muhammad (God bless him and grant him peace). An occasion for our souls to rejoice, a chance to revive the aspiration for a better future of the Muslim community worldwide-and for all mankind on earth.

A celebration of the Mercy of God that He-Exalted be He-sent to all creatures. God said: “And We have not sent you but as a mercy to all creatures.” A happy commemoration and a holy day. A constantly renewed event that renews the hope and the suffering of all Muslims who see their brothers and sisters in Palestine-and elsewhere-being dispossessed, raped, and slaughtered by arrogant criminals notwithstanding the incessant condemnations from conscientious minds around the world.

A few days ago, the head of the Zionist State paid a visit to America and met with a warm welcome-a welcome to his person, policies, and plans for escalating hostilities against Muslims in Palestine. That is a bleeding and painful wound! The Muslims are tormented and the people of good will incessantly condemn such atrocities and sympathize with the plight of the Palestinians. Yet condemnations and sympathies are of no avail so long as Sharon enjoys unconditional support and protection from the superpowers to commit crimes with impunity. Won’t such oppressing superpowers abstain from their injustice? Won’t they cease their wrongs? Will they draw lessons from history and past errors, or further commit serious offences and blunders, and thus have the same miserable lot of their predecessors, who were even more arrogant and tyrannical. The genuine Islamic peoples won’t be led by violence, won’t tolerate tyranny. They will always resist, turn to God, and seek His aid and assistance.

We ought to ask ourselves several questions. Where are they leading the world, those unjust and oppressing superpowers? Where are they driving their nations? What are their intentions? Where is Mr. Bush heading with his famous slogan: “Either you’re with us or against us?” A watchword he took on after the 9/11 attacks-an atrocious massacre we sincerely deplore, vehemently censure, and adamantly stigmatize as a way to deal with people. Such unscrupulous watchword must not legitimize indiscriminate retaliation. Armed with sophisticated weaponry, intelligence, and financing means, the superpowers hold sway over the helpless peoples by military oppression, economic exploitation, and plundering of their resources.

The true worth of a civilization lies not in possessing weapons and amassing wealth. It resides in providing security, dignity, prosperity, and well being for all mankind. That is a genuine civilization. Yet when a civilization engenders indigence and starvation for three quarters-or more-of the inhabitants of the planet while bestowing opulence and luxury upon a minority, it is nothing but a decadent and ailing civilization that has grown soulless due to her lack of moral standards.

Observers may easily notice that the Western civilization in America , Europe and the countries following their model, has abandoned its soul, perhaps even lost it. Christianity has lost its quintessence notwithstanding the diligent efforts of the late Pope John Paul II, who tried incessantly to reform Christianity and breathe into it the spirit of equity, justice, and tolerance-in vain. He passed away, and was mourned by a great number of personalities and a huge audience of followers and sympathizers around the world. Yet will the tears shed over the compassionate and indulgent Pope bring forth any concrete change? Unfortunately, there is a sort of pro-Zionist Christianity that sows mischief on earth and provides Sharon-and the men of his stripe-with unconditional support and protection.

Humanity is in desperate need of a compassionate hand that will rescue Man from his wretchedness, loss, and spiritual aridity. Mankind in this era-just as in any other era-needs to be reminded of-and awakened to-its eternal truth and worth. Humanity is ever in need to be reminded that it has a unique Creator Who commands justice and spirituality, Who commands equality for Muslims and non-Muslims alike.

“Injustice shall manifest as darkness on the Day of Resurrection”, so said the merciful Prophet Muhammad (God bless him and grant him peace), whose birthday we’ll be celebrating in the next few days. He was sent as a mercy to all creatures in the sense that he came to remind Man of what’s awaiting him after death, when he-and his deeds-will be exposed and sanctioned by the Almighty. On the Day of Reckoning, he will be asked how much good he did in his life, how charitable and generous he was to the needy, or how abusive or unjust he was. He’ll have to account to God for all his acts, and so will all his fellow humans. Punishment for injustice will befall whole nations. The whole nation will perish because it did not upbraid or prevent its unjust people from committing evil deeds. Eventually, God’s retaliation is severe; He may defer it, but it ends up striking sooner or later.

Man needs someone to address his innate nature, to awaken him from heedlessness and ignorance of his post mortem destiny. God created Man and sent him down here to test him, to see if he’s going to disobey Him, wreak havoc and sow chaos, or engage in reform, nurse the wounds of the weak, and care for the wretched and the needy.

The western materialistic civilization needs to be informed about the noble Message of the merciful Prophet (God bless him and grant him peace). God-Glorious is He-said: “I forbade injustice to Myself and made it forbidden amongst you; then do not act unjustly against each other.” So when we’re being unjust, we’re being disobedient, and therefore deserve the retribution that may befall us. God-Almighty is He-said in the Qur’ān: “We decimated the unjust tribes when they had transgressed all bounds.” The inexorable retribution for injustice is a divine extermination of whole nations should they not abstain their transgressing rulers from injustice.

The Prophet’s Message also teaches us that human rights include the right of Man to know the purpose of his creation and what awaits him after death. No religion aside from Islam can provide answers to these questions. No esoteric or materialistic philosophy can elucidate for Man the mysteries of life, rescue him from his world’s hectic frenzy, and nurse his wounds.

We talked earlier of the painful wound in Palestine. Actually, the modern Man is also wounded. He suffers ignorance of his true worth, of the meaning of his existence. He is beguiled by the vanities of this world. His total immersion in restless activities (games, dancing, songs, movies, TV, and others) leaves him no time to think of himself, his destiny. Any such civilization that does not care for the ultimate destiny of its individuals and societies is bound to perish.

Only Islam can tell Man how valuable he is. God-Glorified be He-says: “And We have honored the children of Adam”. O Man, God has honored you! It is for you to decide whether to live according to that honor, or lead a bestial life in a jungle where the law of the jungle rules supreme. O Man, turn to your Lord! How?

I’ve been asked by the organizers of this forum to talk a little of as-Suḥba (that is, being in the company of a spiritual guide and a community of brothers and sisters in faith). In a few words, I would say that you have to find someone who would grasp your hand gently yet firmly, and tell you: O Man you’re heedless! O Man you’re bound to meet your Lord! O Man there exists a Prophet by the name of Muhammad, the Seal of the Prophets (God bless him and grant him peace), who came not to deny the earlier missions of his fellow brothers as of Noah, Abraham, Isaac, Jacob, Ishmael, Moses, and Jesus, but rather to certify them and to complete the noble virtues they had instructed.

Actually, he did more than merely carry the Message. He was the live personification of that message. That is why foreign observers notice how much the believers, men and women, strive to adhere to his model practice, follow his steps and draw from his model the aspects of power and compassion. That’s what as-Suḥba is about: each generation informs the subsequent generation that there was a Messenger, a mercy to all creatures. This holy Prophet entrusted to his Companions and to the subsequent generations his model practice and the Book he was sent with, the Holy Qur’ān. Have we read this Qur’ān? Do we know that it is the Word of our Creator? Have we celebrated it as it merits, or ignored it and cast it aside?

My talk to you will end and will soon be forgotten. That’s why you need a companionship that will escort you to the Prophet’s Model Practice and to the Book of your Gracious Lord; a tender hand that shakes you gently out of your torpor. That’s what as-Suḥba is about. Our Prophet was not sent but as a mercy to all creatures. So let us be merciful, let us reject violence and invite people to God with gentleness and love. Love for mankind, gentleness to mankind, mercy upon mankind. May God save us from those who kill, burn, blow themselves up and shed innocent blood.

O Lord! Shed your grace and peace upon our beloved Prophet, his Family and Companions.

Glory to your Lord, the Lord of Honor and Power! He is free from the things they ascribe to Him. All praise is due to God, the Lord and Cherisher of all creatures.