Religion and Mind: Abstracts of the Proceedings 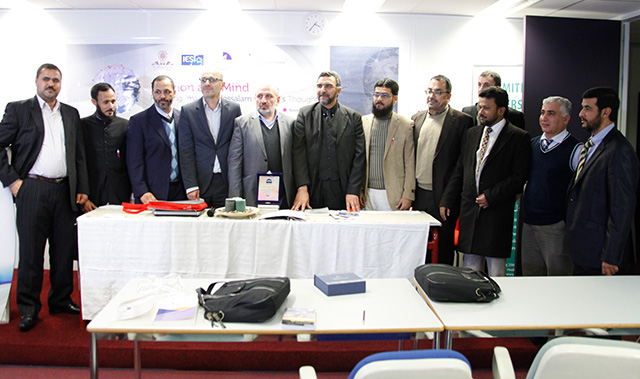 The age of turbulent clashes in the world makes pressure on us to reconsider our idea of rationality. Nowadays, when our societies (even the Western ones) experience the revival of religiosity, many religious scholars and secular thinkers try to draw a perspective of relations between faith and reason. In Islamic tradition, we have this issue formulated according to the patterns ‘aql (“the individual reason”) and naql (“the transmitted one”, meaning sacred texts of the Qur’an and Sunnah). Imam Abdessalam Yassine was a leading figure of the Contemporary Islamic Thought, who addressed not merely theoretical side of this problem, but wrote a clear vision of how its solution may benefit modern Islamic societies in both Muslim world and the West. How the modern Muslim culture, balancing between its Classical Age and Western Colonialism, may build its future? Is it really possible to find a compromise between all-encompassing doctrines of Islam and modern scientific world outlook? May Muslims develop into society of Islamic values, recognizing Western impact into intellectual life?

Scholars of Islamic Studies who generously contributed their meaningful efforts to make this volume of a highly scholarly value, answered to this issue from many significant perspectives.

François Clarinval’s article aims at clarifying, in light of Guénon’s approach, the notions of Revelation, Heart and Reason according to Imam Yassine, and draws parallels between Imam Abdessalam Yassine and René Guénon, affirming that Imam Yassine establishes all his thought on exclusively Qur’anic notions.

Dr. Abdul Rahman Obeid Hussein in his article, dedicated to Reconciliation of Sheikh Yassine and Cohen, addresses contexts of their thoughts. According to him, Sheikh Yassine had a different plan to preserve the Islamic identity facing similar challenges to Cohens’, he didn’t surrender to the modern philosophical trends that dominated most parts of Islamic world. To gear mysticism as a practical strategy and acceptable path among educated people Sheikh Yassine established his Ihsan program on two foundations: the first is to erect rows upon rows of Qur’anic and Sunnah instructions into solid ramparts that surround mysticism and protect it from any allegorical orientation; the second foundation is to reorganize the infrastructure of mysticism and reshape its small gathering into an Islamic modern and coherent party structure.

Dr. Hafiz Muhammad Ajmal in his relevant contribution on the myth of maturity of human wisdom considers rationalism as one of the most dangerous challenges, with regard to consequences, that Muslims ummah has to face in the present age. He concludes that Imam Abddessalam Yassine doesn’t oppose the use of reason rather he is of the view that the use of reason should be in certain limits. He doesn’t think that there is any conflict between the reason and the revelation. The conflict arises only when the reason tries on the things which are out of its sphere.

Anouar Jamaoui analyzes conception, functions, and objectives of reason in Imam Abdussalam Yassine’s thought. His idea is that Sheikh Abdessalam Yassine makes use of Critical Reason to furnish a personal diagnostic reading of reality. He also provides a comprehensive approach to Critical Reason basing his analysis on various angles, while criticizing the current state of affairs and hoping to initiate the aspired educational, political and intellectual reformation.

Dr. Ahmed Bouaoud, describing determinations of Qur’an and mind in Abdessalam Yassine’s Thought, notes that rationalism doesn’t mean rationality. That is why Abdessalam Yassine insisted to be careful in speaking or writing about the Arabic term aqlaniya. Moreover, he sees rationality as the character of the rational. The «rational » is what is based on reason, deduced from reasoning rather than empiricism, and determined by calculations or reasoning. Rationalism is the doctrine according to which everything that exists has its reason for being and cannot be considered as unintelligible in itself.

Prof. Dr. Mohd. Sanaullah Al-Nadawi writes about methodological critique of positivism by Abdessalam Yassine. He soundly notes that the methodological inclusion of superior inner experience as source of human knowledge besides the other sources such as nature and history constitutes a valuable scholastic contribution made by Imam Yassine in the domain of theology that gives the anti-positivist logic an epistemological edge in modern times. It may be said that Imam Abdessalam Yassine’s critique of the mechanistic, positivist and post-modern thought-models on Qur’anic lines assigns him a respectable place among the profound thinkers of Islam.

Dr. Mohsen Nouraei and Dr. Mohammad Molavi evaluate Qur’anic principles for Eradication of Superstition on the basis of Imam Abdressalam Yassine’s viewpoint. For them, According to Imam Abdessalam Yassine’s viewpoint, the most important Qur’anic principles for the emancipation of Muslim mind from superstition and illusion are: returning to teachings and instruction of the Qur’an, institutionalization of reflection and contemplation, making attempts to learning of knowledge, be average and having balance in the life and also avoiding from extremism. Finally,

Dr. Raza Taimoor compares Imam Abdessalam Yassine with Abu ‘Ala al-Maududi, concluding that both thinkers share many things with other pioneers of Islamic revival. The difference lies in the implementation of the thought. Theoretically revivalist figures usually stopped at one or another aspect of modernity and tried to seek for an analogy from Islam in order to fit modernity into the frame of Islam as opposed to the modern Muslims who remain in pursuit of describing Islam according to modernity.

Finally, Dr. Mohamed Elghazi draws attention to the importance of concepts in shaping thought as established by many philosophers. In this respect, he also reveals Imam Yassine’s awareness of the role of prophetic concepts in the renewal of Islamic thought and in devising a comprehensive theory of Islamic reform centered on the authentication Qur’anic notions. His analysis started by a discussion of the causes behind prophetic concepts’ distortion; he then proceeds to explaining the dynamics of their deviance; afterwards, Dr. Elghazi laid out Imam Yassine’s method in neologizing Islamic concepts basically benefiting from the traditional method of tafseer.