The Meanings of Ihsan 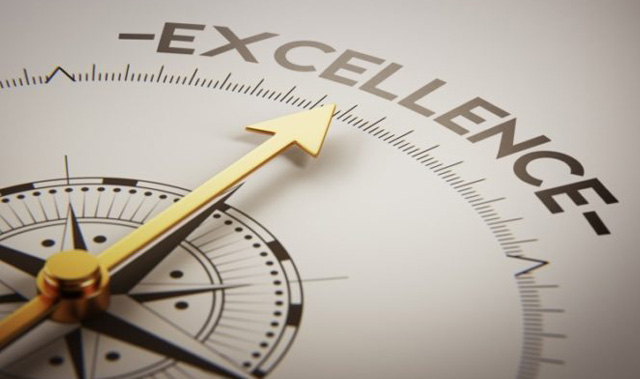 Excerpt from the book “Al-Ihsan”
Translated from Arabic by: Editorial Board

The word “iḥsān” has three meanings that have been reported in the Qurʾān and the Sunna: 1) iḥsān is to “worship God as if you see Him, and if you do not then truly He sees you,” 2) iḥsān is to treat people with kindness, graciousness and generosity, including parents, relatives, orphans, the poor, Muslims in general and all of creation, 3) ihsān is excellence and striving for perfection in one’s actions, whether they be acts of worship, habitual daily acts or interactions with others.

Taken together, these meanings convey to us the characteristics of the believer who is righteous and whole in his[1] own self, in his character and in his interaction with society. They give us an ideal description of the relations between the servant and his Lord, the servant and people, and the servant and things in general. His relationship with his Lord will be one of iḥsān if he remembers Him constantly, not allowing himself to slacken in awareness and awe of Him, hope for Him, supplication to Him or intimate conversation with Him. Through this iḥsān in the worship of his Lord, his heart becomes sound, his character is beautified and his intentions and actions are rectified, such that he becomes a mercy to creation and his benefit extends out to the world, beginning with those closest to him. His benefit to society and to all people is not based solely on his good intentions, kind purpose and hastening to action. Rather his experience, his skill and his ability to perfect those jobs that he has been entrusted with are also an essential component of this benefit.

The Messenger of God, God bless him and grant him peace, says, “God loves that when one of you performs an action he should perfect it,” as narrated by al-Bayhaqī, God have mercy on him, on the authority of ʿĀʾisha, the Mother of the Believers, God be pleased with her. Muslim also narrates that he said, “God has prescribed iḥsān in all things.” In these two hadiths we find that the third meaning of iḥsān stems from the first meaning. Likewise, attaining the first meaning depends to some extent on attaining the third. God’s love envelopes the people of iḥsān – the one whose portion of His love is greatest is the one who worships Him by constantly remembering Him, benefitting His servants and excelling in his actions. His excelling gives him the necessary means to fulfill the worldly needs of himself, his family and his umma and these same worldly services and achievements allow him to grow closer to God, the Lord of all.

After placing the three meanings of iḥsān in order at the beginning of this chapter, we will listen to the human conduit of the Qurʾān’s meanings, the Messenger of the Lord of the Worlds, so that we can understand the place of iḥsān in relation to Islam and īmān. Iḥsān is not just some vague concept, as general as its pure linguistic meaning. Rather it is a rank in the religion and a degree of God-consciousness of the utmost importance. Iḥsān is the goal of all goals and the desire of people of spiritual maturity (al-rijāl) who possess high aspirations. Due to the extreme importance of iḥsān, God willed that the Companions should experience an incident that grasped their attention, captivated their imagination and spoke to their intellects and their souls. This experience was for them, and for us after them, so that Muslims would not understand their religion in a superficial manner. The incident referred to is the descent of Gabriel, peace be upon him, to enquire from the Noble Messenger in the presence of the Companions, in the midst of his gathering of teaching. They all saw that angelic figure near to the divine and witnessed the conversation. This abiding portrait of the divine teachings is narrated by Bukhārī, Muslim, Abū Dāwūd and al-Nasāʾī on the authority of Abū Hurayra and Abū Dharr, God be pleased with them. This narration is abbreviated, and we take from it that iḥsān is “to worship God as if you see Him, and if you do not then truly He sees you.” At the end of this narration, the Beloved states, “This is Gabriel. He came to teach people their religion.”

We will quote the more complete narration, narrated by Muslim, Abū Dāwūd and al-Nasāʾī on the authority of ʿUmar b. al-Khaṭṭāb, God be pleased with him, in full due to its extreme importance: “One day while we were sitting with the Messenger of God, God bless him and grant him peace, a man appeared before us. His clothes were extremely white, his hair was dark black, no trace of travel was apparent upon him, and none of us knew him. He approached until he sat down close to the Prophet, God bless him and grant him peace, and placed his knees against his knees and placed his two hands upon his thighs and said, ‘O Muḥammad, tell me about Islam.’ The Messenger of God, God bless him and grant him peace, said, ‘Islam is that you bear witness that there is nothing worthy of worship other than God and that Muhammad is the Messenger of God, and that you establish the prayer, give alms, fast the month of Ramadan, and perform pilgrimage to the Kaʿba if you are able to do so.’ He said, ‘You have told the truth,’ and we were amazed that he should ask and then confirm that he had told the truth. He said, ‘Tell me about īmān.’ He said, ‘That you believe in God, His angels, His books, His messengers, and the Last Day, and that you believe in the Divine Decree, both its good and its evil.’ He said, ‘You have told the truth.’ He said, ‘Tell me about iḥsān.’ He said, ‘That you worship God as if you see Him, and if you do not then truly He sees you.’ He said, ‘Tell me about the Last Hour.’ He said, ‘The one asked about it knows no more than the one asking.’ He said, ‘Then tell me about its signs.’ He said, ‘That the female slave should give birth to her mistress, and that you see poorly clothed, barefoot shepherds competing in building tall buildings.’ Then the man went away, and I remained for a few moments. Then the Prophet said to me, ‘O ʿUmar, do you know who the questioner was?’ I said, ‘God and His Messenger know best.’ He said, ‘He was Gabriel. He came to you to teach you your religion.’”

Indeed, O beloved of God! You are the most excellent teacher, may God reward you on behalf of this umma in accordance with His generosity. However, due to God Almighty’s compassion for us, His desire that we should learn our religion completely and His knowledge of the shortcomings of our understanding and our tendency to forget and confuse matters in our memories, He sent a heavenly assistant teacher to be your companion and the one at your side in your journeys into heaven, the Isrāʾ and the Miʿrāj. May the blessings of God and peace be upon you and upon the noble angel.

Iḥsān is that we worship God as if we see Him – a third degree after, or above, Islam and īmān. It is built upon the lower degrees and cannot be reached by bypassing them. There is no īmān without Islam and there is no iḥsān without īmān.

God is the best in ordaining religion and He is best in speech. And He is the best of creators. From His iḥsān He pours out goodness on those who devote their lives as a loan to Him and those who sacrifice in His way. Provision and goodly enjoyment flow from Him to us in this world – and what is even better in the Hereafter – if we act righteously and migrate for His sake so that He may grant us a good home. He increases us in good if our good actions fall short, and if we make good supplications to Him He grants us good in this world and the next.

To Him belong the Most Beautiful Names. His Chosen Messenger called us with beautiful preaching, and if we respond to our Lord and believe in goodness, He will grant us the best in this worldly abode and make us amongst those far removed from the Fire through His pre-eternal decree of ultimate goodness for us.

He commanded us to follow the best of what has been sent to us from our Lord, namely His magnificent Book (Quran) and the Sunna of His noble Messenger. His Book and the Sunna of His Messenger encourage kind treatment towards parents, responding to ill treatment with good character and gentleness, beautiful speech to people and repaying kindness with kindness.

He created us in the best of forms and then relegated us to the lowest in this abode of trial in order to test which of us is best in deed. So those who believe and do righteous deeds shall have an uninterrupted reward. The more complete their īmān and the more righteous their deeds, the closer they are to attaining their otherworldly completeness where they will be gathered in the abode of felicity in the best of forms. Such people will have passed through the trial safely. There, in that station of truth, the same thing that was said to the Prophets, Ṣiddīqūn (truthful), martyrs and righteous will be said to them: “Peace upon Abraham! Thus do we reward the people of īḥsān.”[2] “Peace upon Ilyās! Thus do we reward the people of īḥsān.”[3] “They will have whatever they desire with their Lord. That is the reward of the people of iḥsān.”[4] There they will rejoice “partaking of all that their Lord granted them. Indeed, they had been people of iḥsān before. They used to sleep but little at night, and in the early dawn hours they sought forgiveness, and they assigned a due share of their wealth for the beggar and the destitute.”[5]

And the same promise belongs to the women of iḥsān. To the devoutly obedient, worshipful and penitent wives of the beloved Prophet of God it was said in the sublime Book, “And if you desire God, His Messenger and the abode of the Hereafter, then indeed, God has prepared for the women of iḥsān amongst you an immense reward.”[6] Those who truly listen to the speech of God, understand from God directly, hope for God, fear God and love God recognize that this was said to every believing woman. There is nothing worthy of worship but God, and all praise belongs to Him.

[1] In the original, the masculine pronoun also refers to females.