The Justice and Spirituality Letter 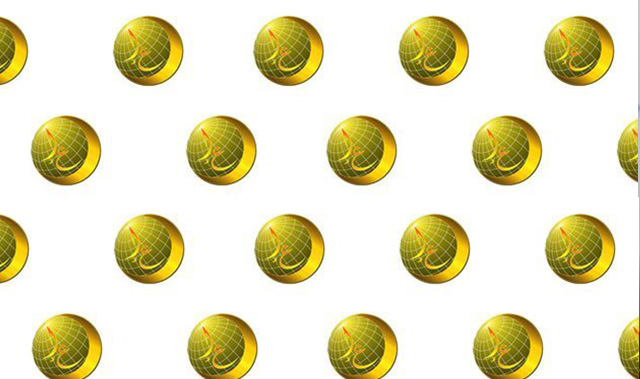 In the name of God, the All-Merciful, All-Compassionate.

God’s peace and blessings be upon Prophet Mohammad and his family.

Dear brothers and sisters, fellow believers, God’s peace, mercy and blessings be upon you.

When the first issue of “al-Jamā’a” [the Association] periodical was published, people read in it a long and passionate plea for unifying the Islamic Action in Morocco. Long before and after that, we kept seeking rapprochement and cooperation to reunify our dispersed efforts. When putting together The Prophetic Method, we had the national community in mind, and theorizing for it was our contribution to its reunification.

What we had aspired did not come true; we therefore put our trust in God hoping that establishing a new action would only be a brick in the edifice of our unity.

The name our group adopted was Usrat al-Jamā’a [the Association’s Founding Body] in a clear reference to our original intention for a national unified community. Our name distinguished us as part of the whole. And our self-depiction was excessively altruistic as it referred to a periodical called the “Community” about which a ” Founding Body ” writes.

Our call for unification is still standing brothers and sisters, we were the first to seek it, we wrote and insisted and strove for it. Praise be to God only.

However, past events and situations taught us that waiting with all the intensity of our fraternal emotions was a beautiful innocence that carries only the seeds of apathy. And that what God Almighty produces as a result of people’s efforts and struggle, inaction and indolence or mistakes and complacency, is the only thing capable of altering perceptions and making the Islamic movement step toward the clarity on which we are so keen and which others consider to be a flagrant divulgation of Muslims’ secrets. It is the only thing capable of setting excellence and consistency as valid standards to judge the works of people; and thanks to God, those were and still are qualities we take great pride in while others consider them to be recklessness.

Brothers and sisters, it behooves a movement that carries a futuristic project to arm itself with a strong faith to be able to entrench itself in the ground of reality and stand its ground in the face of the terrifying and catastrophic quakes that are plaguing the Ummah.

The Islamic Call remains the bright hope and the moving reality amid fitna.

Where does our movement stand regarding the Call? What kind of hope can be held by people on our movement? What meaning, purpose and willpower lie behind the veil, the beard, keeping to mosques and adopting Qur’ānic vocabulary?

Rest assured brothers and sisters that we will remain neglected vagrants in the streets of the Call, and grazing strangers in the market of politics unless we espouse two major concerns that are the rootstock of all other concerns pertaining to all that is dīn and profane, to what is Call and State, to political and afterlife welfare.

As to the issue of spirituality, it is extensively discussed in Islamic circles. One could hardly find a sermon, a written piece or a discussion that doesn’t broach “the spiritual void” and the need for “spiritual training.”

Whereas the issue of justice is surrounded by such a thick veil of silence to the extent that if it wasn’t for what we read from our brothers in Tunisia: “The Movement for Islamic Trend”, the talk about social justice, supporting the oppressed and “the struggle for the underprivileged” would be a sheer monopoly of the political left.

Meanwhile, Islamists believe they can overstep the issue by the mere statement that there is no social-class distinction in Islam and that Islam does justice to the oppressed. No one cares to explain how classes don’t exist in Islam, what Islam exactly… the Islam of the Qur’ān or the one on the ground? And no one cares to mention how to restore justice according to Qur’ānic standards, nor the means to such return.

We ask God Almighty, brothers and sisters, to support us in taking on the issues of justice and Iḥsān as a name and a motto that sum up our program, after the Minhāj clarified the principles of Islam and requirements of iman and Iḥsān?

Complaining from spiritual aridity and lack of imān does not bring about imān and piety. Books and lectures are not very useful in this regard either. Only hearing words and following the best among them helps. The Messenger of God –God bless him and grant him peace- tells us in a reported ḥadīth that Iḥsān is to worship God as if you see Him, for if you don’t see Him then truly He sees you.” Why do observers and new comers then scold us for worshipping God, and making our worship an undivided whole? Whether it is the work of the mūmin in his day and night, his steadfastness and distinctiveness, his manners and spending, his study and trade, the consecration of his time to God’s remembrance and the call to him and finally his consistency in doing what is right when observed and when not.

Some would rather not hear about remembering God, loving God, drawing nearer to God, crying from fear of God. And these usually are people who don’t heed the plea of the underprivileged and are oblivious of the meaning of arrogance and the schemes of its practitioners.

Brothers and sisters, we adopt the motto of Justice and Spirituality [al-‘adl wa-l Iḥsān] so that our banner wildly flutters the way our hearts flutter from love of God, from love for the sake of God, from humility with believers, from love of the poor and struggle in the cause of God and theirs.

We claim justice and spirituality to make public our address in the street of politics; an address that draws its originality from Qur’ān and its realism from our outrage about the violations committed by the opulent upper-class against God and his servants.

“Iḥsān” is to make firm our steps towards God, and our steps in the face of the horrific realities of our society: the realities of alienation from religion and the subsequent corruption of morals and social ties which have become ties of arrogance and hatred between classes. With Iḥsān, we don’t run the risk of calling on the solution of conflict and violence, nor do we run the risk of ever losing our balance and be provoked by the atmosphere of hatred that has spread over the ummah as a result of the deeds of an anomalous and devious group that tyrannizes and oppresses us. For balance is Justice.

The great slogan that we uphold and the encompassing wide-ranging program it stands for would be mere tumult if we lost sight of the spiritual quest or if the meaning of spirituality ceased to exist in our hearts, God forbid. “Justice” is an interest urged by God’s command in the disquietudes of the Ummah.

It is a duty of the people who seek Iḥsān, not a competition in the political market of the left. Justice is our unambiguous agenda that unites the efforts of the truthful and rallies the masses of the Ummah around it. Our work would be a sterile turbulence in the face of events, and a bad deed in the light of the Qur’ān, if we do not carry in our hearts and minds the intention for justice, and if our wills and actions are not directed toward the goal of establishing it: establishing justice in governance and in giving each their lawful due. That is what our Lord’s Law says.

Our Honor, brothers and sisters, is to seat ourselves in the arms of spiritual training with the people of remembrance, close to the floor of humility, where we get the chance to comfort the miserable and heal the wounded in the heart and the body, listen to the concerns of the weak and be close to them, because that nearness is what brings on the mercy of God, and His Mercy, Pleasure, Satisfaction, Heaven and Noble Face is what we ultimately seek.

The first adversity that comes our way will tear us mercilessly apart in the absence of Iḥsān. Our attempts and projects will miserably fail if Justice lacks in our program, nay if it is not the first and foremost clause in it.

Our bounds will disintegrate in this life and in the next if we don’t spring all of us together in hope in God, toward God, carrying in our hearts, tongues and agenda the program of Justice and Spirituality [al-‘adl wa-l Iḥsān]. So that we make sure that Justice and Spirituality becomes the conviction and learnt lesson of the new comer before we start priding ourselves on him and counting on God and him.

God’s peace, mercy and blessings be upon you.