The Call to God 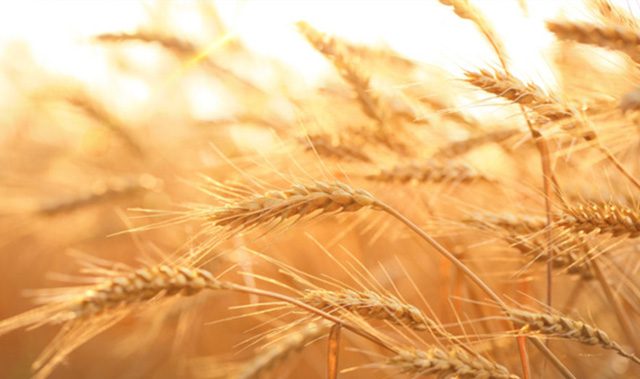 In the name of God, the All- Merciful, the All-Compassionate. May God bless our master Muhammad, and grant him peace as well as his Family and Companions.

Amongst God’s great blessings upon us that He gathered us in His path, as He joined our hearts in love so that our efforts can be unified. We praise Him, Exalted be He, and ask Him to grant us further success in our endeavor and a full attainment of His Pardon, Satisfaction and Love.

I am writing you these words of counsel while some of you are disciplining their souls in spiritual retreats, and committing themselves assiduously to finishing the reading of the Qur’ān, as well as busily engaging in God’s remembrance. Blessed is this gathering wherein you are seeking the breezes of īmān [faith] and gifts of iḥsān [spiritual perfection], and strengthening your inner belief and mettle in restoring the glory of Islam. The first meaning of the word Ribāt [spiritual retreat] is the full mobilization, constant readiness and preparation of the necessary strength to fulfill the requirements of jihād. We should bear in mind that our jihād requires us to acquire God-wariness and abstinence from infringe on things that God has forbidden. We are also required to have unflinching determination, and deeply aspire to the divine promise of resounding success for those who sacrifice themselves and spend generously for God’s sake. God’s Promise to the Muslim community of an outright triumph will be fulfilled the day God’s devoted servants become fully determined to overcome all obstacles in the way of setting God’s Word High on earth, the day God will cast the Truth upon falsehood so that it breaks it and makes it perish.

Certainly, it is part of mobilization to grow our members, after strengthening our faith, defining our vision and acquiring a firm determination.

God, Exalted be He, reminds the early believers of His blessings upon them. He said in sūrat al-Anfāl: “And remember, when you were few, despised through the land, and afraid that people might despoil and kidnap you, but He provided shelter for you and strengthened you with His aid.’’ He, Exalted be He, reminds them of the early days before He made them many and mighty. God’s Prophet Shu’ayb, peace be upon him, also reminded his people of God’s blessings upon them when He grew their numbers; his statement in the Qur’ān reads: “And remember when you were few then He gave you increase.”

Brothers, sisters, the political dispute, with the local parties, that awaits us requires us to form an entity strong by standing with God’s Law, by obeying God’s Messenger, God bless him and grant him peace, by standing with the oppressed worldwide and, of course, by being big in numbers.

Upon each of you is incumbent the spreading of the message, calling to God and paving the way to every Muslim to re-awaken and gather all together under the banner of “there is no god but God”. It is the true felicity both in this world and in the Hereafter that God would guide through your action a person. What if, with God’s help, you were to guide many people!

My advice to every one of you is to take spreading the call to God and growing our numbers as a duty, provided that the action in this is accompanied by his main duty: to draw near to God. Really, to call other people to God is an act of worship that is so lofty, one amongst the highest branches of īmān and a most important pre-requisite of jihād. It is the mission of the Messengers and Prophets, peace and blessings be upon them, and the task of God’s chosen servants. May he be miserable he who does not have such aspiration! And what a senseless life is that of one who does not care for his community! Whoever does not call to God, for even an hour or a glimpse of life, is an abstainer (from Jihād). Talk to people and spread the message, may God protect you! For your īmān, dear brother, dear sister, will certainly increase when, after remembering God at all times, you are concerned to make people attain the spiritual mercy you already enjoy.

Let that also be an acknowledgment of God’s blessing on you when He has made you a believer; let it be a way of thanking Him, Glory to Him. After all, a full believer is the one who likes for other people what he likes for himself. So let others attain that whereby you are happy.

It is, in fact, a very noble mission to accompany a person in his path to guidance, back from utter heedlessness.

It is a noble occupation to instill īmān into the hearts and ingrain noble manners in the souls and, then, nurture the saplings and take care of them until they become solid. And to kindly guide people out of heedlessness – by way of being close to them, advising them, showing them through one’s character, being kind to them, being accessible to them and comforting them – to truly worship God is certainly of very precious profit.

No doubt, repairing the damages caused by the generations of trial and gathering God’s devoted servants to lead the community back to its reason would not be carried out by of the Westernized generations, whose selves have been infused with sinful temptation. So let your action be focused first on the youth among students. Let them carry the responsibility; then you should reach out to workers and all Muslim men and women.

Be patient with everyone until he accepts the Call, rectifies the direction of his life, and reforms his conduct with people by reforming his journey towards God. Be patient with people with odd character and conscience until they turn towards their Lord.

How agreeable, noble and dear to the Lord of creatures when you care for the neophyte in the spiritual wayfaring, nurture his heart with your love and good company, then, to supervise his progress as he awakens from his childish frivolity and recovers from the saplessness of fearing anyone other than God; as his heart rejoices at the taste of the sweetness of īmān that stems from God’s remembrance, and then gets the resoluteness to join the sincere believers and get rid of his soul’s avarice so as to spend generously for God’s sake; as he searches to learn his religious duties from you and from the scholars in order to acquire the balanced character of perseverance in obeying God with the necessary means of this world, in order to be positively effective in his surrounding to the best of his devotion to God, and to fight for God’s cause with every means he has, be it strength, wisdom or bravery.

Let your companionship of the one you call to God be for God’s sake and do not forget that your intended goal behind every action to benefit other people will get you God’s satisfaction. There is no deity except God and Muhammad is the Messenger of God.