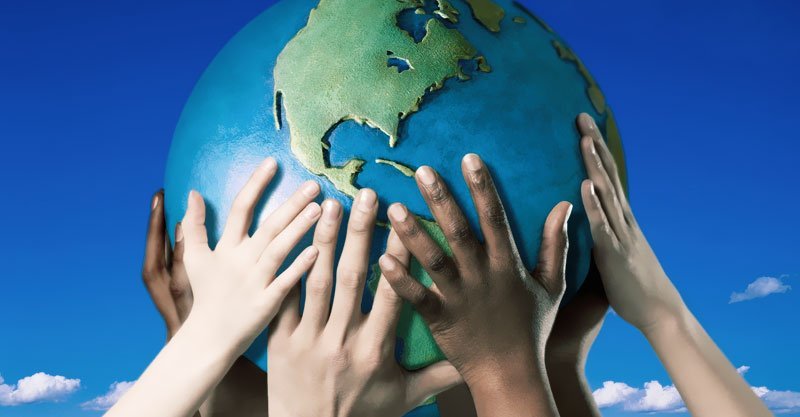 Attempts to shed stronger light upon shared human values have gained momentum in recent decades, especially after the failure of racist and nationalist discourses to make human life any better. On the other hand, voices calling for reaching out to the ‘other’ and broadening the common grounds on which the inhabitants of the globe do stand have particularly risen owing to the increasing interchange of interests and services at all levels among people and nations alike. No surprise then to hear louder calls for cherishing “global values” in seminars, research projects, conferences, world leader summits, and the like. Furthermore, no few countries are integrating global values education into their education systems to produce ‘global citizens’ who are able to ‘think globally and act locally’ (1)Kate Holbrook, Ann S. Kim, Brian Palmer & Anna Portnoy (2006) Global Values 101: A Short Course. Beacon Press. Boston .

Many scholars, intellectuals, and activists have worked on the clarification of common human values for peoples and nations to capitalize on them so as to make the world a better place. Among those is the Moroccan scholar Abdessalam Yassine who has furnished a full-fledged theory for building an alternative human reality based primarily on the Prophetic Method laid down by Prophet Muhammad, the last messenger from God to humankind. The last Message to humankind; namely, the holy Quran has a basically universal dimension, seeking to make them happy in this world as well as in the hereafter. Addressing His Messenger, God, glorified be He, stresses the aim of his mission: “And We have not sent you, [O Muhammad], except as a mercy to the worlds” (Chapter 21, verse 107, Quran). On another occasion, God, praised be He, pinpoints that the basic purpose for creating the two human genders and the varied ethnicities and cultures is to get to know one another. Addressing all human kind, not only Muslim believers, God, Most Compassionate, explains: “O mankind, indeed We have created you from male and female and made you peoples and tribes that you may know one another” (chapter 49, verse 13, Quran).

Imam Abdessalam Yassine has profoundly and meticulously approached the topic of building upon the common grounds among human beings. He recurrently refers to the shared human fraternity. For Yassine (2009), humanity has a common source. It has been delegated to live on the same planet, breathing the same air, living on the same resources, sharing mutual interests and needs, and looking forward to a brighter tomorrow of fraternity, free of all atrocities and full of communication, sympathy, and coexistence (2)إمامة الأمة ، عبد السلام ياسين، دار لبنان للطباعة والنشر، 1430هـ، 2009م، ص264( writer’s translation ). . He maintains that what is actually required of all parties is to amplify the common values between nations and peoples in addition to working together to maintain and improve them as well as manage the differences which surround them. For this reason, Islam came along as a universal message and Quranic discourse is directed to the human being irrespective of their gender, time or place (ibid. 261). Once they realize that the human being is the first most important shared value among all cultures and civilization, and that human beings are largely in tatters in today’s world which is plagued by pain and misery, people need to collaboratively set up a comprehensive humane civilization revolving around what Yassine calls a ‘fraternal community’.

Imam Yassine consistently believes that humanity faces shared challenges which can only be lifted through cooperation emanating from the common feeling of belonging to the same source and heading for the same destination, an impending death. He highlights the zone where human beings all come together. “[…] all people are among God’s creatures; so, they are all brothers in creation. People are all made of earthen clay; so they are brothers in the substance of creation. All people are moving towards God; thus, brothers in destination. All people have proliferated out of the same self; therefore, brothers in humanity” (3)العدل، الإسلاميون والحكم، عبد السلام ياسين، دار الآفاق، 331-332 (writer’s translation). . Thus, love for humanity and for interpersonal bonds necessarily follows for Islam nurtures all the guidelines and implementations of that love until it become part and parcel of faith. “When this becomes the principle and the corner stone deep within the self, evil conflicts soon disappear, peace becomes the rule and war an exception” (4)ibid . In the same breath, Imam Yassine emphasizes that honoring human beings, bringing them justice and liberating them from all abuses and slavery to fellow mankind are essentially our faith and religion. […] God says “And We have certainly honored the children of Adam” (chapter 17, verse 70, Quran). Imam Yassine maintains that the real explanation of this Quranic principle must be setting sublime goals for humanity through concrete achievements not through verbal wrangling (5)ibid .