Remind Yourself of the Hereafter 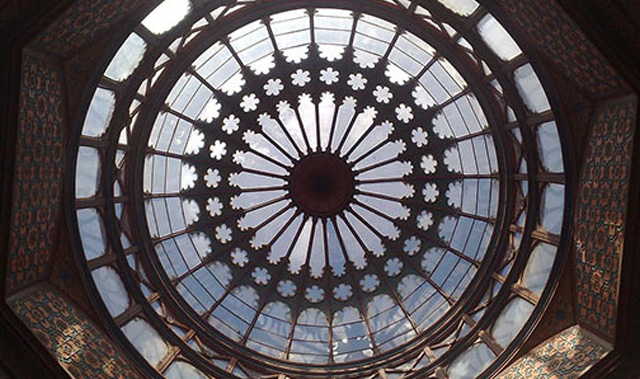 “Visit cemetery to remind yourself of the hereafter, and wash the dead because handling a hollow shell is an eloquent sermon. And pray in funerals in hopes that it make you wistful, for the sad are in the shade of God in the Day of Judgment.” (1)Narrated by AL-Hakīm; classified authentic by him and corroborated by Ad-Dhahabī. Some paradigm shift! In a world where an all-out war is waged on death and anything that remotely reminds of it, adopting such attitude as the one suggested by our Prophet peace and blessing be upon him above is going against the grain, to say the least.

Our materialistic, utilitarian era dictates that pleasure of the senses is the ultimate goal, and the roads that lead to it, no matter how sinuous, are sacred ground. Naturally, a message that praises the remembrance of death and exhorts people to make it a habit to visit graves, is deemed unhealthy, even morbid. We flee away from death not towards it! How hard is it to get?! We tweak our brains, fiddle with our genes and overmedicate ourselves precisely to delay that inexorable encounter with death. If I hardly believe in a life after this life, it’s only fair that I should live to suck all the marrow out of it before I’m jolted into the dark void which death so ominously heralds.

For a Muslim, far from being a leap into the dark, death is the end of an opportunity and the start of a breathtaking eternity. God, in His infinite wisdom, created life on earth to try and test his servants. Remembering death puts life right where it belongs and precludes all the ills that arise from overestimating its value. It puts the Muslim in a healthy spot between hedonistic clinging to life and suicidal disillusionment with it. If ever a semblance of dread should find its way to the heart of the Muslim towards death, it is only in as much as it puts an end to his blissful remembrance of God and cuts short his effort to grow ever closer to Him.

When life and death are thus gauged, duties towards God and His creation become lighter and easier: foregoing forbidden pleasures, giving away from one’s money, humbling oneself and forsaking positions of influence and authority, doing with the minimum, letting go of grudges and taking on as many acts of obedience as possible are all acts that come naturally to someone who is aware that it’s not about this life, it’s about the next.

Ibn ‘Atā’Allāh as-Sakandarī says in his Ḥikam: “God has made the afterlife the place of reward for His devoted slaves because this abode is not fit for what He wishes to give them, and because He prizes them too much to recompense them in a place that is doomed to vanish.” The afterlife is something we look forward to; not in a defeatist, resigned and lazy way, but in an expectant and diligent effort. Once in our tomb, the hadith goes, our personal “Judgment Day” would have arrived. Two angels will come down to question us about our belief, and only a firm and constant practice during our lifetime can guarantee that we will have the right answers in that toughest of interviews, for “as one lives, so shall he die.” Then, either a window onto heaven will be opened to us to admire our promised abode or we will, until resurrection, be reminded of just how horridly useless our sojourn on earth had been. Regret will then ensue, and how bitter a taste it is when one knows how little he could have done to avoid everlasting torment.

We prize the hereafter also and above all because it’s the meeting place with the Beloved and His messenger. After spending a lifetime being useful and kind to God’s creation, cultivation one’s inner relationship with the Creator, the afterlife is where we hope to be rewarded with all the bounties and riches we were promised. True muḥsins, however have outgrown even this legitimate desire. In fact, many of them consider the hereafter to be as much a distraction as life on earth is. They want the truth; they ache for the real recompense, and that is spending eternity ecstatically beholding the countenance of He whose entire Creation couldn’t contain, only the heart of His loving slave did.