Morality Decline and the Path to Salvation 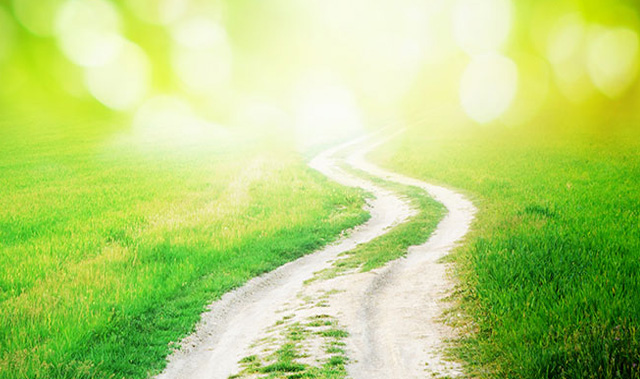 Reviving moral values in public life is currently a matter of urgency to preserve the stability and coherence of our communities and ensure its development and welfare. The scope of morality decline in our societies is unprecedented. Anti-social behavior and scenes of delinquency have become usual facts for many people now. Sex abuse and acts of violence and aggression in our streets are gaining ground and citizens are beginning to feel insecure and lose trust in impotent law enforcement. The danger that is actually threatening to bring the whole social edifice down.

What are the underlying factors that have contributed to the moral decay and rendered morality a secondary concern?

A corrupt political elite: It goes without saying that a political system based on despotism will yield social deficiencies like nepotism, fraud, bribery, unaccountability at the very least. Also the political parties are playing unethical roles in manipulating  the youth to get their support with the aim of safeguarding their own interests while the youth are naively kept waiting for promises to be delivered.

Defective education system: one of the fundamental roles of education is to endow our kids with a set of moral values and correct misbehavior all along their schooling. Unfortunately, the main concern now in our schools is oriented to academic achievement. Most of the reforms on education system are largely focused on logistics and superficial changes in curriculum and syllabus, while morality is not addressed as a priority, which undermines any advance in the education of our young generation.

Parental  (not ppropriate in this context. look for another verb) moral obligations: parents are supposed to be a model and a moral refuge for their children against any deviation from ethical values. Instead, parents’ role has been diminished to ensuring their children’s growing material demands and overlooking their moral obligations. As a result, children are now more rebellious, less disciplined and emotionally difficult to understand.

The new media leading to more desolation: the new advances of information technology and the flow of media platforms have set new challenges for the whole society for they have become the most influential source of knowledge, shaping the minds and hearts of our youth. Given the fact that people and particularly our youth are now exposed to a huge amount of ideas, ideologies and forms of entertainment and distraction, it has become a daunting task for the targeted young to discern good from bad and truth from illusion.

What remedies can be viable to address the moral decline?

For Muslims, divine revelation remains the primary source of knowledge. In the Quran as well as the Hadith (the Prophet’s sayings), the love of God and fellow men are the foundations of all moral virtues one seeks to adopt. Islam deals with moral standards in a comprehensive way covering man’s individual and collective life. A quick view of moral virtues mentioned in the Quran and the Hadith is indicative of the real identity of the Muslim community if they truly embody the set of teachings in this respect; here are some examples of moral virtues from the Quran and the Hadith: “The most honorable among you in the sight of God is the one who is most God-conscious.” (Quran 49:13) Modesty, control of passions, truthfulness, integrity, patience, steadfastness, and delivering one’s promises are moral values that are emphasized again and again in the Quran: “And vie with one another to attain to your Sustainer’s forgiveness and to a Paradise as vast as the heavens and the earth, which awaits the God-conscious, who spend for charity in time of plenty and in times of hardship, and restrain their anger, and pardon their fellow men, for God loves those who do good.” (Quran 3:133-134) “And do not swell your cheek (with pride) at men, nor walk in insolence on the earth, for God does not love any man proud and boastful. And be moderate in your pace and lower your voice; for the harshest of sounds, indeed, is the braying of the ass.” (31:18)

Social responsibility is also highly emphasized in Islam; unfortunately many Muslims’ attention is solely directed to the individual obligations while the virtues concerning the collective community are ignored. Muslims’ circle of interaction is so wide that it includes not only one’s immediate family, but also all fellow Muslims and fellow human beings and even animals and plants:

“Your Sustainer has decreed that you worship none but Him, and that you be kind to your parents. Whether one or both of them attain old age in your life time, do not say to them a word of contempt nor repel them, but address them in terms of honor. And, out of kindness, lower to them the wing of humility. (Quran 17:23-24) Other Relatives “And render to the relatives their due rights, as (also) to those in need, and to the traveler; and do not squander your wealth in the manner of a spendthrift.” (Quran 17:26) Neighbors The Prophet has said: “He is not a believer who eats his fill when his neighbor beside him is hungry.” (Al-Mundhiri)

To conclude, the most real challenge facing the community nowadays is how to put into effect the teachings of Islam in accordance with morality. Building nations might be an achievable task while implanting moral values in hearts and minds of people should remain a priority to attain a stronger and more coherent leading community.