Farouk Bouasse.. The Death of a Virtuous Fata*

When Imam Abdessalam Yassine –God have mercy on him- chose to make Futuwwa) (1)*Futuwwa is the way of the fata. In Arabic, fata literally means a handsome, brave youth. Following the use of the word in the Qur’an, fata means the ideal, noble, and perfect man whose hospitality and generosity would extend until he had nothing left for himself; a man who would give all, including his life, for the sake of his friends. According to the Sufis, Futuwwa is a code of honorable conduct that follows the example of the Prophets, saints, sages, and the intimate friends and lovers of God the Almighty. It reveals the true meaning of compassion, love, companionship, generosity, self-denial, hospitality, and the right actions associated with these virtues. [chivalry] among the chief characteristics of the school adherents, he didn’t choose it ex nihilo. Rather, he was fully acquainted with the truth that none can be honest in his journey to God the Almighty without being a true fata). Farouk Bouasse (2)Died on 28th of February 2014 –God have mercy on him- was indeed an all-encompassing symbol of chivalry and a fine embodiment of its traits.

I met him in 2005 when he asked me to visit him. That was the first and the last time I met him face to face. I found him just as I had imagined him; affable in manners; a man whose hospitality and generosity would extend until he had nothing left for himself. From that time onward, I kept in touch with him through regular emails, and I have come to know through him –through his imposing manners which were modeled after Imam Yassine –God have mercy on him- and the Prophet Muhammad –God bless him and grant him peace- – that to be a genuine fata) one needs to epitomize the simple code of honorable conduct that follows the example of the Prophets, saints, sages, and the intimate friends and lovers of God the Almighty. I also discovered that he was an outstanding translator.

He was a quick-witted student of Imam Abdessalam Yassine –God’s have mercy on him-, as from him he acquired the luminance of statements, the depth of thought, the clarity of vision and a deep belief in the role and mission of translation in human society and in the human soul. He never used to lose sight of the aesthetic values, or drop to the level of crude translations that devoid the text of its intrinsic credibility and profound impact on the mind, the soul and the heart. He also learnt from Imam Yassine –God have mercy on both of them– how to win proximity with God the Almighty and seek His Noble Countenance on the Day of Judgment.

Needless to mention that sidi Farouq –God have mercy on him– was a pioneer in his attempt to establish a board for translation and writing within the School of Justice and Spirituality and was also a co-founder of the English website of Imam Abdessalam Yassine, God have mercy on him. His multiple translations and glossaries have served and will always do as an important common denominator and a base of reference for members of the board. He translated from Arabic into English Day and Night Schedule of the Believer and The Muslim Woman: Journey into the Light) (not published yet), both by Imam Abdessalam Yassine, as well as Full Sails Ahead from French into English by Madame Nadia Yassine.

He now left us after many years of struggle with a disease (leukemia) borne in patience and persistence, with optimism and deep faith of an unwavering certainty no matter how complicated the journey or exacerbated the difficulties were.

Our brother Farouk now departed but has left for us a culturally and spiritually fruitful legacy of thought and an exemplary life of courtliness that will remain in our consciences and the consciences of generations to come as long as there is a seed that gives the plants their bloom. 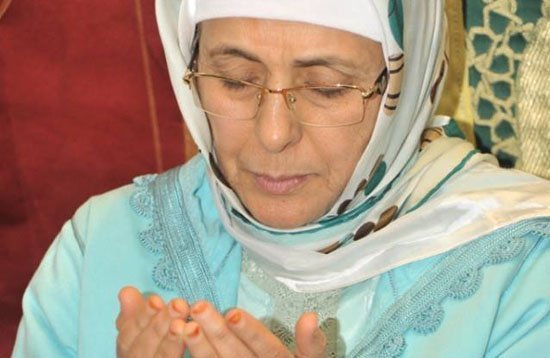 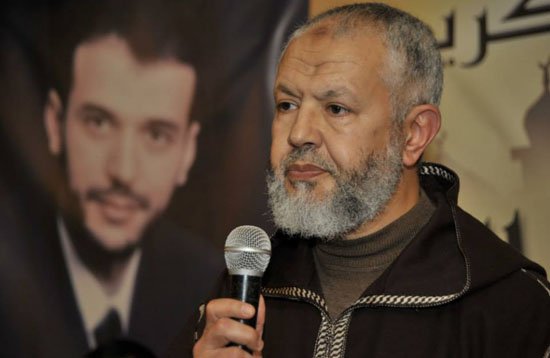 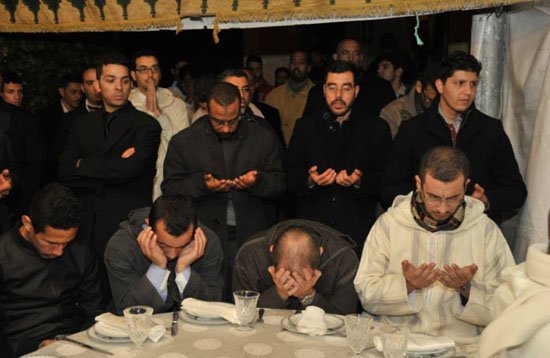 A group of brothers invoking God Almighty for sidi Farouk at the end of the ceremony. 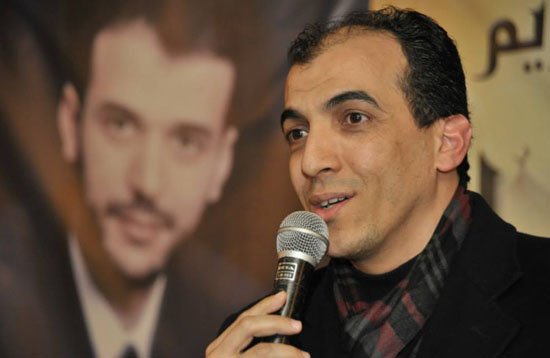 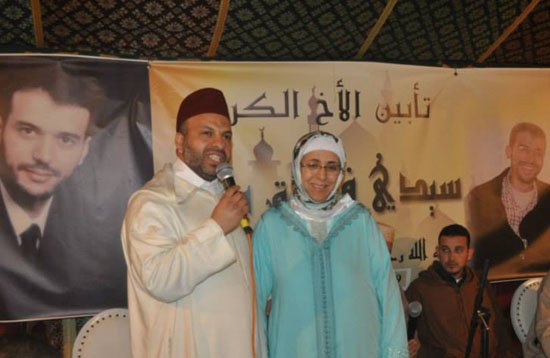 Inspite of the deep agony for his departure, Hajja Khadija keeps her smile on her face.