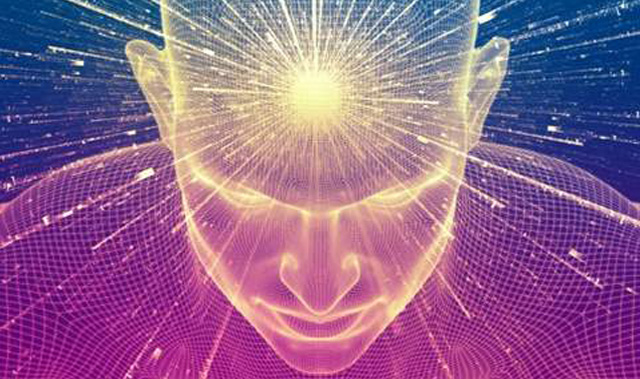 How to be among the best minds in God’s sight? T­his paper uses Imam Yassine’s Prophetic Method [al-Minhāj an-Nabawī] as a guide to develop eight dimensions for mind excellence where the mind uses the light of divine Revelation to leverage its competencies with the right intention, in the right direction and towards the right destination, and hence becomes among the best minds in serving God’s creation: (1) Bonding with God and His most beloved servants, and the experts in one’s field(s) of interest, in order to get the necessary guidance and support, and gain the needed expertise to build on; (2) Emancipation of the mind from all forms of false beliefs and postulates, paving the way to listening to and believing in Revelation; (3) Supplicating God for continued guidance and support; (4) Trusting God and believing in His Revelation in order to unlock the heart and enlighten the mind; (5) Mastering the Knowledge of God, knowledge about the mind, and knowledge of His creation; (6) Improving mind performance in order to achieve, sustain, and advance excellence; (7) Nearness of God shall be the primary focus and the ultimate goal; (8) Discovering the best way to make the world a better place to live and enjoy, and prepare oneself to return to and meet the Creator and Shaper of the mind. The initials of the eight dimensions form the acronym and title of this paper: BEST MIND.

God is the one and only one God that is worthy of being worshiped. He is the Originator of the universe and the Creator of all creation including Abraham, Noah, Moses, Jesus, and Muhammad, may He bless them and grant them peace.

The common mind is shared among all human beings and it is the faculty to think and theorize, inquire and investigate, and discover and develop.

The body is the physical, tangible part of the human being. Imam Yassine says: “[T]he body is subordinate to the mind.” (1)Yassine, A, Winning the Modern World for Islam, 2000, Justice and Spirituality Pub., p. 166

The heart in this paper does not mean the most important organ of the human body, but the essence and core of the human being, that is the center of his beliefs, convictions, comprehension, contemplations, concentration, meditation, emotions, and feelings of trust, tranquility, peace, love, mercy, compassion, kindness, and gentleness. Imam Yassine states: The subject of the “heart [qalb]” is mentioned more than one hundred and thirty times in the Qur’an. In no instance is it used as a term for the fleshy pineal gland.) (2)Yassine, A, The Muslim Mind on Trial, 2003, Justice and Spirituality Publishing, p. 1

The brain is a part of the human body that serves as a tool to execute what the mind and heart decide. Just as a radio picks up the signals that transmit music, so the brain functions to bring mind into everyday reality.) (3)http://www.oprah.com/spirit/The-Difference-Between-the-Mind-and-the-Brain/2#ixzz2ts3aIP9h So a misguided mind will definitely have a negative impact on the work of the brain no matter how healthy the latter is.

Blindness [‘amā] in this paper does not mean the lack or loss of vision, but the inability of the heart to see, hear, comprehend, and believe in the Truth as outlined by Revelation, given its unbelief in the latter. (4)Yassine, A, The Muslim Mind on Trial, 2003, Justice and Spirituality Publishing, p. 2

Fiṭra [innateness] is the pure innate nature of the human being that, if awakened, is inclined to believe in, submit to, trust, serve and worship its Creator, God the Most High.) (5)Yassine, A, Winning the Modern World for Islam, 2000, Justice and Spirituality Pub., p. 90 Imam Yassine says:

The threshold of fiṭra is simply the need of every product for a producer. It is one of the intuitions of the primitive human mind that philosophy wrecks, demolishes and dumps in the heap of suppositions. When the materialistic human mind is afflicted with the malady of blindness to intuitions, it accepts the stupid notion that it is self-made.) (6)Yassine, A, The Muslim Mind on Trial, 2003, Justice and Spirituality Publishing, p. xii

We mean by Knowledge [with upper case K]: The knowledge of God, the Unseen World, the Messengers, the Holy ‎Books, the Angels, the ‎divine Plan and Decree, and the return to God in the Hereafter.) (7)Yassine, A, The Muslim Woman: Journey into the Light, English translation not published yet

We mean by knowledge [with lower case K]: The knowledge of God’s universe, His creatures, the secrets He has embedded in the heavens ‎and earth, the ‎laws (i.e., regular patterns) of causality, the things that He has naturally put at the ‎service of man, and ‎those things that man may acquire through collecting data, experimentation, and invention.‎) (8)Yassine, A, The Muslim Woman: Journey into the Light, English translation not published yet

Imam Yassine says: The Qur’an presents the Prophets of God (may His Name be exalted!) as models of virtue, examples to be emulated, the ongoing personification of spiritual perfection, men who have been charged with a noble purpose, and faithful messengers, intermediaries between the Creator and humankind. These messengers are wholly human, but their hearts, minds, and conduct are illuminated by divine rays.) (9)Yassine, A, Winning the Modern World for Islam, 2000, Justice and Spirituality Pub., p. XXII

Revelation is God’s true and unaltered Words to His prophets and messengers. Imam Yassine says: Revelation is therefore a form of speech by which God speaks to His chosen servants. It comes either for their personal guidance—in which case it is Prophecy—or because He chooses them (Glory be to Him) to convey His Message to whomever He will among His creatures—in which case it is the Mission of the Messengers (Peace be upon them) assisted by Prophecy.) (10)Yassine, A, The Muslim Mind on Trial, 2003, Justice and Spirituality Publishing, p. 12

Success [falāḥ], as intended by the Qur’an, is the full and everlasting success that extends beyond this life to the next, where the mind humbly submits to its Maker, is enlightened by Revelation, and is in line with the aspirations of a pure heart that is constantly seeking God’s pleasure and nearness.

God says: Truly, successful is the one who purifies it. (11)Qur’an 91:9 The Arabic word falāḥ is different from the word najāḥ. They both can be translated as success. However, falāḥ is a success that is both in this life and the next, while najāḥ is a success in this life only, which makes it temporary. Nowhere in the Qur’an is the word najāḥ used; only the word falāḥ is, e.g.: Success [falāḥ] is really achieved by the believers (12)(Qur’an 23:1) ; Verily, never will the guilty be successful (13)(Qur’an 10:17) ; Surely, never will the wrongdoers be successful (14)(Qur’an 12:23) . Also, the word falāḥ is mentioned during the call to prayer [adhān] five times a day throughout the world.

The authentic teachings, habits, practices, and silent approvals of the prophet Muhammad, God bless him and grant him peace.