Authenticity and Futurism in the Prophetic Method of Imam Abdessalam Yassine 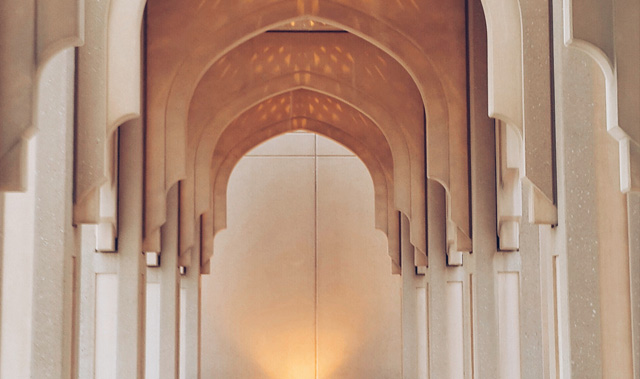 Originality is one of the main characteristics of Imam Abdessalam Yassine’s thought based on the Prophetic Method, the corner stone of his revivalist approach. For him, authenticity means returning to what he describes as the ‘pure source’, the first origin for a new start and awakening. It is reference to the first two enlightening stages in the history of Islam, prophecy and then the early thirty-year caliphate founded on the method of the Prophet, Muhammad, may God bless him and grant him peace. The two periods constitute the most luminous epoch in the history of Muslims.

Imam Yassine stipulates invocation of the period of prophecy since it witnessed the actual presence of the Messenger of God as a leader, mentor, and educator to his companions and his nation. This stage was pivotal in the transformation of society from aimlessness to the guidance of monotheism, and from the darkness of ignorance to the light of Islam. The companions who were brought up by the Messenger were a ‘unique generation’, as the martyr Sayyid Qutb calls them in his book Milestones on the Road. They would recite the Quran with the intention of execution, he adds. They witnessed the Quran being sent down fresh targeting people’s daily matters, correcting their behaviors, and taking care of their conditions. It is, therefore, a unique generation. Imam Yassine describes them as ‘the immortal model’ in his book Reflections on Islamic Law and History. Indeed, they set an immortal model since the Prophet personally catered for their education. They devotedly engaged in the cause of introducing Islam to people in addition to the fact that they won firsthand companionship of the Messenger of God from whom they assimilated noble manners. It is this generation which the Quran describes as {They give ˹the emigrants˺ preference over themselves even though they may be in need. And whoever is saved from the selfishness of their own souls, it is they who are ˹truly˺ successful} Surat Al-Hashr, verse 9. It is a verse that bears more than one meaning and more than one value. Such and other values ​​made the generation of companions an immortal model whose contribution will remain prominent in the history of all mankind.

Imam Yassine’s thought seeks to rebuild the lives of Muslims to be able to tap into the example of the Prophet, may God bless him and grant him peace, and the typical lives of ‘the immortal model’, his honorable companions. Such practical invocation of past ideals, according to the Imam, should necessarily take into consideration the peculiarities of the changing living conditions and the sociopolitical specificities of our time. According to Imam Yassine’s approach, authenticity also entails looking at matters from the heights of history in order to ensure a clear and balanced view that facilitates their treatment and the proposal of realistic solutions and alternatives.

Imam Yassine not only anchors the brighter future of Muslims to their brighter past, but also forecasts a future revival and empowerment of the Muslim world, transcending, therefore, its bleak current conditions of decadence and aimlessness.  So, how does the Imam view this stage and how does he view the future of Islam? The future holds a challenge to Islam exacerbated by rising Islamophobia in many parts of the world. Will Muslims and Islamists who herald a better Islamic alternative for humanity be up to this challenge? Can they brave the obstacles that stands in their way?

The Imam states in the introduction to the book Al-Minhaj Al-Nabawi (the Prophetic Method), “After raising the [prospective] generation of faith and action, we need rigorous knowledge of how to organize ourselves in solid cohesive ways which rise to the level of the daunting tasks that challenge Islam and Muslims in a future where the forces of aggression against Islam will spur their organization.”

Proactivity according to Imam Yassine means forecasting the future, planning and working for it, particularly by use of present day means. Anyone who studies his thought realizes without much strain that the Imam has an unwavering conviction that the future will belong to Islam and Muslims. The martyr Sayyid Qutb titled his books “The Future for this Religion”. Likewise, Imam Abdessalam Yassine titled one of his early books, “Islam Tomorrow.” He was well aware that the future of mankind can be brighter only with Islam across all fields, political, economic, social and military. In his long stringent letter of advice entitled “Islam or the Flood” sent to the late king of Morocco, Hassan II, the Imam called for reference to the basic tenets of Islam, respect of human rights, and equal distribution of wealth to guarantee a better future and to guard against falling into a flood that would plunge society into the clutches of ignorance, injustice, and poverty. His call in this letter is a call to salvation similar to the call of Prophet Noah, peace be upon him, to his son to get onboard his ship before the massive inundation took over as narrated in Surat Hud, verse 42, but the son refused and ended up among the drowned.

Working with the means of the present requires a careful study and a deep understanding of the current reality so that we can identify our strengths and weaknesses. Mobilizing all forms of modern-day power is a basic requirement in the down-to-earth approach which the Imam strongly advocates. It is necessary to galvanize military, economic, cultural, and political power without forgetting the informational and digital powers, as digitization is currently in control of the functioning and even manipulation of everything.

In sum, Imam Yassine’s thought vehemently calls for the invocation of the tenets which framed the early stages of the history of Muslims; namely, the Prophetic stage and the early rule of the four caliphs after the Prophet’s passing. Alongside reference to the past in order to build a sound future for Muslims and humanity, he stipulates taking into account the peculiarities of the present and the necessity of working with the means and tools it offers.