Why Companionship and Community? 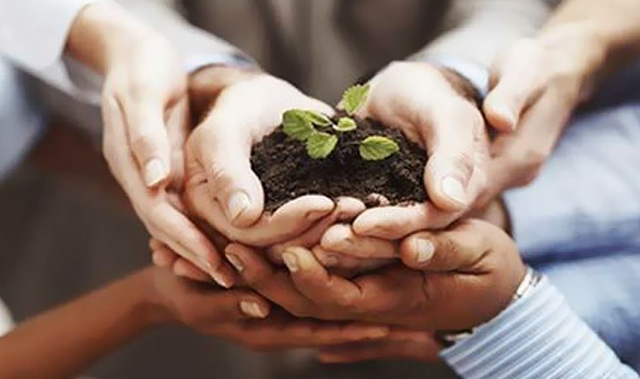 “A man follows the faith of his friend; so each one should consider whom he makes his friend.”(1)Related by Abu Dawud and at-Tirmidhi.

This Hadith is a concise expression of one of the pillars (if not the pillar) of the path to God. It is often quoted, but its importance is sorely neglected. “A man is on the religion of his intimate companion…” The Saḥaba [Companions] of the Messenger of God were named as such because of their ṣuḥba [companionship] to him. To understand the fruits of ṣuḥba and the increase it brings about in imān, we turn to a Hadith related by Imam Muslim on the authority of Hanzala al-Usaydi, may God be pleased with him: “…I went with Abu Bakr until we entered upon the Messenger of God, God bless him and grant him peace, and I said, “Hanzala has become a hypocrite.” The Messenger of God, God bless him and grant him peace, said, “And why is that?” I said, “O Messenger of God, when we are with you, you remind us of the Hellfire and Paradise and it is as if we see them with our own eyes. But when we depart from you, we meet our wives and our children and our homes and we forget much.” The Messenger of God, God bless him and grant him peace, said, “By Him in Whose Hand is my soul, if you were to remain as you are when you are with me and during remembrance, the Angels would greet you in your beds and in the streets. But, O Hanzala, there is a time for this and a time for that.” Imam Yassine writes, “Due to the strength of the attachment of [the Messenger of God], God bless him and grant him peace, to his Lord, the substance of imān flowed from his pure heart to those who kept his company. Then ṣuḥba continued as an inheritance and was a source of mercy between the Companions, the Followers and all those who followed them in excellence until the Day of Judgment, flowing from heart to heart and generation to generation through ṣuḥba, mutual love and apprenticeship.”

Indeed, the question is not whether the Baraka of ṣuḥba still exists or not. The question is what we have done to seek it, expose ourselves to it and benefit from it. The Prophet, God bless him and grant him peace, said, “The scholars (‘ulama) are the inheritors of the Prophets,” and it is through the righteous scholars who act upon what they know that the inheritance of the Messenger of God is passed on through the ummah. Imam al-Ghazzāli described a true inheritor of the Prophet – the “companion” about whom we have been speaking – in the following manner, “The traveler on the spiritual path needs a Shaykh to guide him to the way of God because God has sent a Messenger to His servants to guide them to His way, and when he, may God bless him and grant him peace, passed away, he left successors (khulafā’) in his place to guide to God the Exalted. The condition of the Shaykh who is worthy of succeeding the Messenger of God is that he be a scholar, but not every scholar is worthy of this succession [khilāfa], so I will clarify some of the signs of such a Shaykh in a general manner so that not just anyone claims that he is a spiritual guide [murshid]. We say [that such a Shaykh is]: he who turns away from the love of this world and the love of fame, has followed a person of spiritual insight who has followed others in a chain leading back to the Master of the Messengers, may God bless him and grant him peace, has tamed his lower self [nafs] through limiting his eating, speech and sleep and engaging in much prayer, charity and fasting, and through his following of the Shaykh of spiritual insight, has made beautiful characteristics his manner of conduct, such as patience, prayer, thankfulness, reliance on God, certainty, contentment, tranquility, forbearance, humility, knowledge, truthfulness, modesty, fidelity, dignity, peacefulness, deliberateness and similar characteristics. If a person is as we have described, then he is a light from the lights of the Prophet, God bless him and grant him peace, and is fit to be followed (in this path).”

Scholars state that proper ṣuḥba consists of two things: love and following. God said in the Qur’ān, addressing the Messenger of God, “Say: if indeed you love God then follow me – God will love you and forgive you your sins.” The point of keeping the companionship of the righteous is not merely to be with them – it is to take on their actions and their states, both inward and outward, to the extent that we are able and thus become one of the people that God loves. We return here to the statement of Imam al-Ghazzāli, “… (he) has followed a person of spiritual insight who has followed others in a chain leading back to the Master of the Messengers, may peace and blessings be upon him… and through [emphasis added] his following of the Shaykh of spiritual insight, he has made beautiful characteristics his manner of conduct, such as patience, prayer, etc…” When our “companion” is at the end of a chain of “companions” that begins with the Messenger of God, peace God bless him and grant him peace, our following him is ultimately a means of practically applying God’s statement, “There has indeed been for you in the Messenger of God an excellent example…”(3)Qur’ān, 33:21.By accompanying, loving and following someone who is as Imam al-Ghazzāli described, we attempt to emulate the Messenger of God to the best of our ability. And insofar as we fall short of true following, we hope that our love will intercede for us and make up for our shortcomings. Imam Muslim relates that a man came to the Messenger of God and said, “O Messenger of God, how do you see a man who loves a people but has not yet reached their (good) actions?” The Messenger of God, God bless him and grant him peace, said, “A man is with those whom he loves.”

Shaykh Abd-ul-Qādir al-Jīlāni, one of the great saints and scholars in the history of Islam, gives the following advice to the seeker of God’s Countenance, placing his foot on the beginning of the path, “If you want to keep the company of someone for the sake of God, glorified and exalted be He, perfect your wuḍu’ at the time when aspirations are stilled and eyes are heavy with sleep. Then approach your salāt, opening the door of salāt with your purification and the door of your Lord with your salāt. Then ask Him after you have finished, “Whose company should I keep? Who shows the way [to You]? Who informs about You? Who is the one? Who is the successor [of the Messenger of God]? Who acts in his stead?” He is All-Generous. He will not disappoint you. Without a doubt he will inspire your heart, reveal to your inmost being [sirr], make it clear to you, open the doors, light the way… So if your heart becomes unified in one direction and one person is appointed, go and seek him!”

Despite the immense importance of ṣuḥba in drawing near to God, in our own time it will remain deficient to the extent that it does not lead to building a community [jamā‹a] of believers who engage in organized struggle for God’s sake, as was the case with the Prophet, God bless him and grant him peace, and his Companions. This is a central point of Imam Yassine’s thought, and one of the main points that distinguishes his own approach from that of traditional Sufi orders. Suḥba takes place in the midst of the struggle for God’s word to be supreme, while we roll up our sleeves to confront the immense challenges of the day, not while we withdraw into isolation in order to avoid them. The only way to bring about effective change in Muslim societies at the social and political levels is to build a large enough body of believers, men and women, to carry out the diverse tasks necessary to accomplish this. In this sense, ṣuḥba and community are inseparable. “Muhammad is the Messenger of God; and those who are with him are firm and unyielding towards all deniers of the truth, [yet] full of mercy towards one another. You see them bowing down, prostrating themselves [in prayer], seeking favor with God and [His] goodly acceptance: their marks are on their faces, traced by prostration. Such is their parable in the Torah, and their parable in the Gospel is like that of a seed that brings forth its shoot, and then He strengthens it, so that it grows stout, and stands firm upon its stem, delighting the sowers. [Thus will God cause the believers to grow in strength,] so that through them He might confound the deniers of truth. To those of them who attain to faith and do righteous deeds, God has promised Forgiveness and a Reward Supreme.”(4)Qur’ān, 48:29.