Rewards and Benefits of Fasting in Ramadan for the Youth 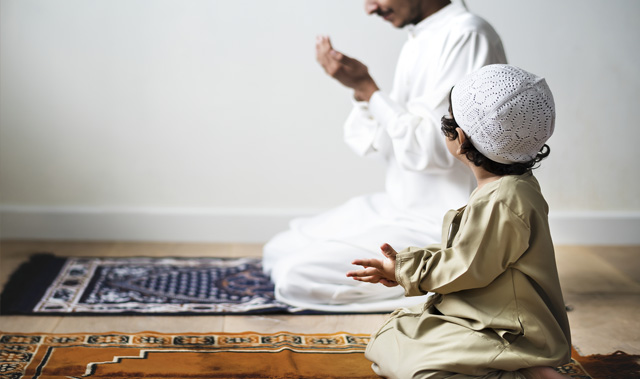 The reward of fasting is an exceptionally great reward that is granted by God Almighty and fully known only to Him. All we know includes the following:

Narrated Abu Huraira, God be pleased with him, that Prophet Muhammad, God bless him and grant him peace, said, “Every deed by a child of Adam is multiplied in reward; the reward of a good deed is multiplied tenfold to seven hundredfold. God has said, ‘Except fasting, for it is done for my sake and I give a reward for it. One gives up their desire and food for my sake.’ There are two occasions of joy, one when they break their fast and one when they meet their Lord. The breath of the fasting person is sweeter to God than the fragrance of musk. Fasting is a shield. And when it is the day of fasting of any of you, they should not use vile language or raise their voice, and if anyone curses them or attempts to fights with them, they should say, ‘I am fasting.’” (Bukhari and Muslim). There are two key questions and an important note about this hadith:

Sahl Ibn Sa’d narrated that God’s messenger, God bless him and grant him peace, said, “In paradise, there are eight gates one of which is called ar-Rayyan that no one enter except those who fast.” (Bukhari and Muslim)

Given that fasting requires patience and grows it, the reward of fasting is that of those who are patient, which is so abundant that it is granted without reckoning, measure, or limit. God Almighty says: “Certainly, those who are patient will receive their reward in full without measure.” (Quran 39:10). Prophet Muhammad, God bless him and grant him peace said: “It (Ramadan) is the month of patience, and the reward of patience is paradise.”[1]

The rewards of Ramadan include forgiveness and being saved from Hell as stated by Prophet Muhammad, God bless him and grant him peace:

Ramadan has countless and limitless benefits the biggest of which is to further advance in your journey to your Lord Almighty by achieving nearness to Him and gaining His satisfaction, forgiveness, mercy, and love. Here are twenty other benefits:

Ramadan is the best month to improve your health: lose excessive weight, lower the risk of obesity-related diseases (e.g., diabetes), lower the rate of heart failure, lower blood pressure, improve metabolism (which converts food into the energy your body needs to function), reduce the production of inflammatory substances, reduce anxiety, prevent depression, dissolve diseased cells, have a peace of mind and keep your heart at peace, build a better body image, and slow down your aging. Yes, as a youth, you can exercise while fasting if you do it right including having healthy suhur on time right before fajr, not doing an extremely hard or very exhausting exercise, and exercising at the best time when it is not too hot. People who do it right not only find it very healthy but also highly enjoyable.

[1] Narrated by Salman al-Farisi, God be pleased with him, reported by al-Bayhaqi

[2] Narrated Abu Huraira, God be pleased with him, reported by Muslim

[3] Narrated Abu Huraira, God be pleased with him, reported by Tirmidhi

[4] Narrated by Abu Huraira, God be pleased with him, and reported by Bukhari

[5] Narrated by Ibn Abbas, God be pleased with her, and reported by Bukhari and Muslim